Brexit is a new chapter, not an end

We hope that the deal the UK is offering will be reciprocated for Britons living in Slovakia, who have also made important contributions. 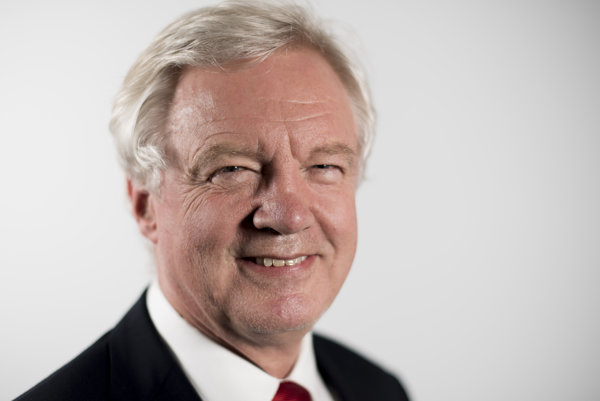 Michel Barnier and I sat down for the first time last week, to begin negotiating the United Kingdom’s exit from the European Union.

I'm pleased that the EU has agreed this is one of the first issues we will address — and yesterday (Monday, 26th June), the UK published a detailed policy document explaining our offer.

That commitment extends not just to British citizens but to people from the European Union who have, and will continue, to make an incredible impact to the UK’s economy and society. This includes the approximately 95,000 Slovaks who live in the UK.

Over the past year as I’ve also spoken to other leaders across Europe it has become clear that securing citizens’ rights and offering them peace of mind is a priority for both the remaining 27 and the UK. Indeed, when I visited Bratislava in March and met Prime Minister Robert Fico, it was also one of the first things we discussed.

We are proud that the UK’s world-class universities are a popular destination for Slovaks, with the number of Slovak students applying to UK universities having tripled since 2004. We want to remain open to talent from around the world, including Slovaks who can make the most of our world class higher education institutions in order to reach their own potential. Many of them are at the very top of their professions in the UK, from a leading molecular biologist at Oxford University to the winner of Game Chef of the Year in 2015, and many Slovak businesses use the UK as a stepping stone to growing internationally.

Overall, more than three million EU citizens have made the UK their home. They have contributed to the very fabric of the United Kingdom. And they deserve to look at their futures with as much certainty as possible.

So with Brexit negotiations now underway, I will outline the UK’s offer to secure the rights of these people. And it is only fair we secure an agreement with the EU that protects over a million UK nationals in the EU in a similar, reciprocal way.

We want to guarantee the status of EU citizens already living in the UK and enable them to continue to live their lives broadly as now. We will treat EU citizens equally and will not discriminate between nationals of different Member States.

Our intention is to enable law-abiding EU citizens who have settled in the UK before an agreed date to apply for settled status under British law, along with their families.

The UK believes this date should be no earlier than March 29, 2017 and no later than when Britain officially leaves the EU.

As long as they want to stay living here, they will see no immigration conditions placed on their residency.

Why are we doing this? Because it is the right thing to do. We’ll continue to welcome people, whether from the EU or outside the EU, who want to come to Britain, work hard and contribute.

There will also be a ‘grace’ period between the moment the UK leaves the EU and the time people obtain their residence document, to avoid a legal gap between the end of free movement rights and people from the EU getting settled status in Britain. It means EU citizens will be able to remain lawfully in the UK during this interim period and bridge any gap for people waiting for their residency documentation to come through.

And we intend to introduce a voluntary scheme to enable eligible EU citizens to apply for their residence document before the UK leaves the European Union — reducing uncertainty and making Brexit as smooth and efficient as possible for EU residents in the UK.

It is a fair offer that rightly recognises the invaluable contribution EU citizens have made to the UK.

We hope that this deal will be reciprocated for the around 1,000 Britons living in Slovakia. Because they too have made important contributions.

That is why we are seeking a reciprocal deal, truly putting people first.

I recognise that there has been considerable uncertainty for some of you and your family and friends in the UK. This situation has not been helped by a number of myths about our approach. These range from suggestions that the UK was going to take draconian action to remove EU nationals from the UK once we leave. Or that we would design a process so complicated that it discouraged EU nationals from staying here beyond our withdrawal.

This is something I want to correct now. The UK is a tolerant, open, and diverse country. We will continue to be just that. We will make it simple for those Slovaks who have made their lives in the UK to stay. I’ve no doubt this is achievable.

Brexit is far from the end of our relationship — it is simply a new chapter in it. We are intrinsically linked by geography, people, trade and culture; we were before either of us joined the European Union; and we will remain so after we leave.

I hope this offer demonstrates the fair way we intend to conduct these negotiations, and the deep and special partnership we now want with the EU.