The numbers of chamois have dropped

But the decline in population is not dramatic, according to conservationists. 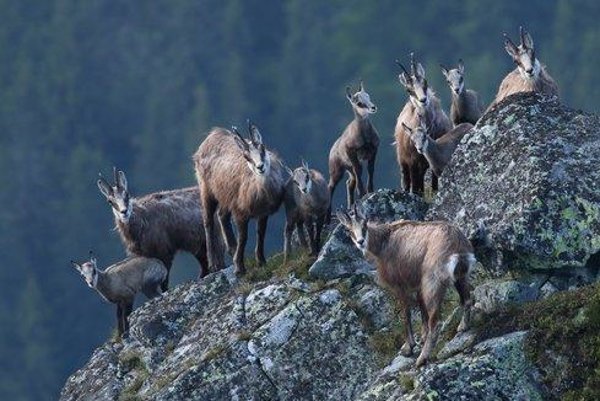 A total of 1,042 chamois were counted by conservationists and volunteers during the spring survey of the Tatra National Park (TANAP), which represents a drop of 190 animals.

The spring count mainly targets newborn chamois, of which there were 138 this time round, the TASR newswire reported.

“Despite the lower overall number, this doesn’t represent a major decline in population numbers,” said TANAP administration head Pavol Majko, as quoted by TASR. “The lower count of chamois spotted is due to the hot weather. The scorching weather put a strain not only on the people doing the headcount, but the chamois themselves.”

Entire herds as well as lone animals seek shelter from the blazing sun in openings in rocks and caves. The conservationists and volunteers who were counting the chamois were seeing mostly those playing or laying on snow, where they tried to cool down.

They also monitored other species, especially big predators, as well as the whole territory.

“Another positive is the exchange of information between the participating parties, that contributes to a better awareness in favour of the protection of this rare species,” Majko said, as quoted by TASR.

Their Polish colleagues, for example, informed them about continued poaching on the Polish side of the High Tatras, he added.