Central Europe has a pivotal role to play in this great task of relaunching the EU. 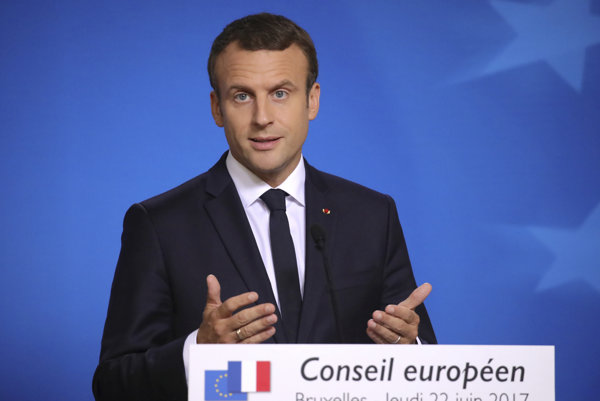 What is Europe? Above all, as the President of the Republic, Emmanuel Macron, pointed out at the European Council of June 22-23, it is an ambition – the ambition to ensure our prosperity and to defend our common values, conquered in a hard struggle, i.e. democracy, social justice, rule of law, multilateralism, cultural diversity. In a world marked by the rise of authoritarian regimes and undermined by extremism or fanaticism, Europe has the historical responsibility to lead the battle in favor of these universal values.

We must, of course, deliver this battle together, drawing on the spirit of the Velvet Revolution and the courageous struggle for freedom and democracy that the Central European peoples faced for decades. "A kidnapped West" subdued by Soviet totalitarianism, Central Europe eventually managed to break free from its shackles and fully joined, in 2004, the European family to which it always belonged. If this "return to Europe" has been successful, it is mainly thanks to the peoples of Central Europe, thanks to Solidarność, the Civic Forum and Public against Violence, thanks to outstanding figures such as Patočka, Havel, Antall or Geremek, Kňažko and Budaj. But Central Europe’s "return to Europe" also owes much to so many artists, who paid the price of their revolt against censorship, as well as to so many citizens engaged in a deaf or heroic struggle against oppression. The message of these Europeans, famous or more humble, firmly attached to the spiritual heritage of Europe and to the spirit of the Enlightenment, remains more than ever topical: it binds us and provides the basis for the future of our continent.

Against this background, France would like to engage Central Europe and, in particular, Slovakia, which has made the choice of Europe. Our shared responsibility is enormous. Europe must relaunch itself, by demonstrating that it can provide concrete answers to the concerns of its citizens. This was already the spirit of the Bratislava summit last September, but it is now of the utmost importance to go further, through a Europe that better hears and protects its citizens. In the economic and social sphere, we must return to a model of qualitative, upward economic and social convergence based on innovation and knowledge. We must also gradually reform our current model characterized by excessive deregulation and financialization, which may set back our human societies, feeds on social dumping and creates frustrations and even tensions among European peoples. As an inclusive motor for this transformation of the European economic and social model, the euro area must be completed, achieving increasing economic, social and fiscal integration between our economies and our countries. France knows that it can count on Slovakia, the only member of the Visegrad Group in the euro zone, to strengthen our economic and monetary union. In an unpredictable and dangerous world, a Europe that protects its citizens must have a genuine common defense and security policy to contribute more to the peace and stability of both its neighborhood and the world. It must also adopt a more effective, proactive and united approach, in the face of migration challenges.

In order to regain its driving force for the recovery of Europe, France is determined to strengthen its economy and society by implementing the necessary reforms not only to comply with its European commitments, but also to foster greater flexibility for businesses, more job creation, more protection for employees and more training for those who need it. This reform drive is the sine qua non condition for the revival of the Franco-German couple, which must reconnect with the spirit of visionary cooperation that animated François Mitterrand and Helmut Kohl, to whose memory the European Union paid tribute on July 1.

Central Europe has a pivotal role to play in this great task of relaunching the EU. In particular, Slovakia, as a true European synthesis at the heart of our continent, has a historic opportunity to give a valuable impetus to Europe. We are convinced that, together, in the euro area and, more broadly, within the European Union, we can build a strong Europe, i.e. an autonomous Europe, a Europe that organizes itself and which guarantees its own security. It is the only way for Europe to be able to continue to make its universal voice heard for all the peoples of the world - the voice of all its peoples sharing a tragic history whose lessons we must never forget, the voice of the heroes of the Velvet Revolution whom no one will silence, the voice of the Enlightenment and of humanist reason, which must prevail over irrational passions. Only in this way can Europe defend its very essence, i.e. the values​ that we have forged together, without which there is no desirable or sustainable future for our continent.