Missing items at Matica Slovenská are under investigation 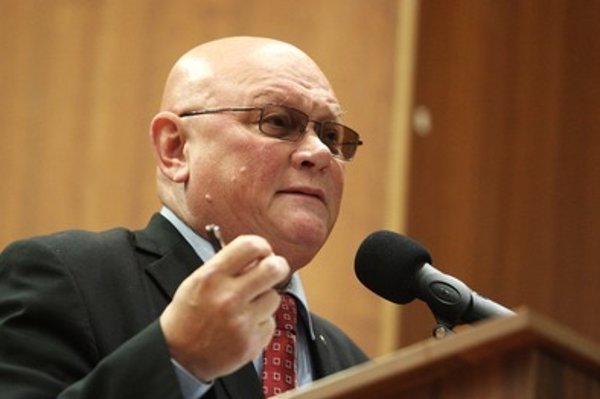 The District Prosecutor’s Office and police in Martin are already looking into the case of the missing items, the Sme daily wrote on July 6.

The organisation recently opened a safe deposit in its building in Martin with the supervision of a state notary – only to find that several dozen gold objects were missing. These come from an earlier, nation-wide fundraiser and collection-drive to support the organisation that claims to represent all Slovaks, both those in the country and those abroad.

What happened in Matica Slovenská

Matica Slovenská opened the safe to check the metal portion of the Slovak National Treasure collection, the chairman of the organisation Marián Tkáč told TASR on June 27. The loss was discovered after the initial stocktaking.

“The foundation’s claim that all of the safe’s boxes and envelopes with gold and other precious metals have been intact since 2006 is not true,” Tkáč said. “The check found that several dozen envelopes containing gold items have been opened, and the contents do not correspond with what is stated on the inventory list. Several dozen gold items are missing – which Matica wants to verify during a thorough stocktaking with representatives of the Matica Slovenská Foundation in attendance.”

A good part of the financial collection has been illegitimately “invested” in the share cooperative Slovak Investments (Podielové družstvo Slovenské investície), which Tkáč noted has gone bankrupt. Tkáč said that the owner of the collection – the Slovak Republic – has lost about 26 million Slovak crowns, which is about €870,000. He said that the foundation’s collection of paintings, two-thirds of which was a gift from the painter Vincent Hložník, were damaged due to the negligence of the foundation. Tkáč told TASR that the paintings can be repaired, as the Slovak National Gallery has promised to help restore them for a reasonable cost.