Electric up! begins with half- and full-day rental, will later charge per hour 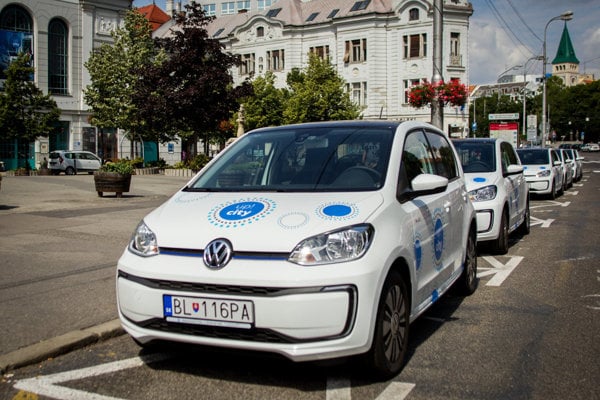 The usual taxis in front of the Old Market-hall in downtown Bratislava have been replaced by white electric cars, the Sme daily wrote on July 5. Aliancia Stará Tržnica, Volkswagen Slovakia and other partners are launching the first car-sharing service in Slovakia, called up! city.

The first seven white electric Volkswagen e-Up! cars can be rented from the SNP square.

The company will later offer a €4 charge for the minimum rental time of one hour, with the goal of eventually introducing a pricing schedule that charges a per-minute price for the exact time of a drive. 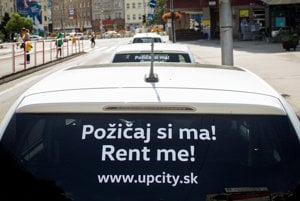 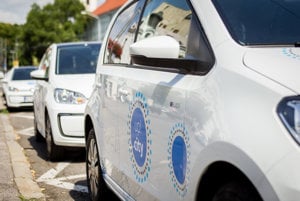 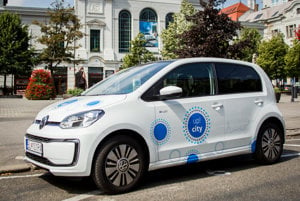 up! City project launches the idea of car sharing in Slovakia (4 photos)

Clients will receive a membership card that will enable them to unlock the car and use it by placing the card behind the windscreen.

The cars have installed the up&go navigation which enables customers to set their own routes or use one of six pre-programmed routes of the capital.

Later, more branches of up! city will be added, Sme wrote, adding that as of now, there is just one location in Slovakia where the cars can be rented and returned.

Electric bicycles and scooters can also be rented in front of the Old Market-hall.