This is the highest transfer fee ever for a Slovak footballer. 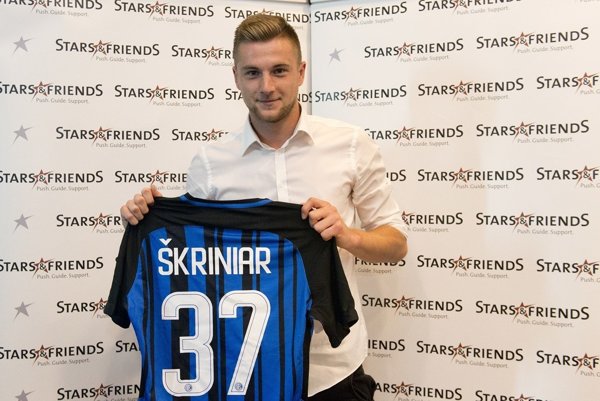 Slovak footballer Milan Škriniar, 22, has transferred from Sampdoria Genoa to Inter Milan for €25 million, beating the Slovak record set by Vrastislav Greško in 2002 when he moved from Inter Milan to Parma for €21.5 million.

“I have mixed feelings. Maybe I haven’t come to terms with where I have moved to yet," said Škriniar as cited by the Sme daily. "I have to let it sink in.”

Clubs from Germany, the UK and Spain also expressed interest in bringing the young Slovak footballer to their organisations.

Their offer was interesting, but FIFA has forbidden transfers to Atlético Madrid until January 2018.

“If Atlético had been buying players, I would have given it more thought," said Škriniar, "but in this case I didn’t hesitate.”

Škriniar signed a five-year contract with the Italian club.

Coach Spalletti asked for him personally.

“When we talked together, he asked me how I’m doing," said Škriniar. "I had a good feeling about it.”

Škriniar demonstrated his perfect form at the European Under-21 Championship in Poland this year. He came from Žilina to Sampdoria Genoa as an unknown player, however in one and half years he has made an excellent reputation for himself.