The country has accepted only 16 people through its quota system.

Refugees at the border between Hungary and Serbia. (Source: Sme)
Font size:A-|A+

Protecting against the threat of a compact Muslim community, preserving a national identity or preventing a caliphate - that is how politicians of parliamentary parties have advocated their negative stance on migration in the last months.

Of the 35 most developed countries in the world, Slovakia is last in the number of people per one million who have applied to the country for asylum. This comes from the recently published statistics of the Organisation for the Economic Co-operation and Development (OECD).

Worldwide, a total of 10.3 million people had to leave their homes in 2016. Of that number, a mere 146 asked for asylum in Slovakia.

Slovakia’s geographic location means that it is not part of the migration paths, which changed after Hungary closed its border with Serbia in March 2016 and after the European Union struck a deal with Turkey on the exchange of migrants, according to Zuzana Števulová, the head of the Human Rights League (HRL).

“Very few people are going through Hungary, and even less through Slovakia,” Števulová told The Slovak Spectator. 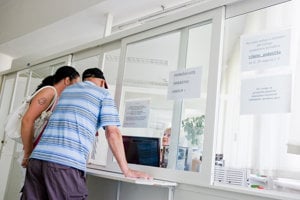 Read also: It’s not easy being an ‘alien’ in Slovakia Read more

Despite the low number of asylum seekers in Slovakia, many representatives of parliamentary parties still describe migrants as a threat.

On June 23 the deputy chairman of the nationalist Slovak National Party (SNS) Anton Hrnko likened the refugee crisis to the expansion of Islam.

“Slovakia and the neighbouring countries have experience with Islamic expansion,” Hrnko wrote on his Facebook page. “For over 150 years we had them at the borders, and we know how much blood and sweat it took to send them back to where they came from.”

There are around 5,000 Muslims in Slovakia, and refugees from Muslim countries usually seek asylum elsewhere. Most of the asylum seekers in Slovakia are Ukrainians.

A week earlier, the chairman of the opposition party Freedom and Solidarty (SaS) Richard Sulík spoke on refusing admission to migrants in response to the decision of the European Commission to begin proceedings against Poland, Hungary and the Czech Republic for refusing to take part in the quota system. According to the European Commission, Slovakia avoided the proceedings because it promised to join the quota programme.

In January 2016 Fico said that it was necessary that the country “prevent the creation of a compact Muslim community in Slovakia”.

As part of the quota programme, Slovakia has accepted 16 refugees: five mothers and 11 children from Greece.

“It’s a ridiculous number, but I know the Brussels salami method from my own experience,” Sulík, who is also MEP, told the press. “Once you agree with a bad thing, it can’t be stopped.”

Politicians also spoke about protecting Slovakia from refugees at the end of 2016, when parliament passed an amendment to the law on churches. The amendment introduced stricter conditions for the registration of churches or religious societies by increasing the number of required adult members from 20,000 to 50,000.

According to its authors, the amendment would prevent the speculative registration of false churches and religious societies with the aim of receiving money from state. The Islamic Foundation in Slovakia has declared the law to be anti-Islamic.

“We need to protect ourselves responsibly,” said Boris Kollár, the head of the We Are Family party, who supported the amendment and said that refugees want to change the way of life of the country.

Ján Podmanický of Smer used similar arguments. Saudi Arabia is setting up various “small caliphs with a mosque” in European countries, he said in a discussion with private broadcaster TA3 in February.

The character of the country is constantly changing, and refugees can adapt to a new society when they join high-quality integration programs, according to Števulová. 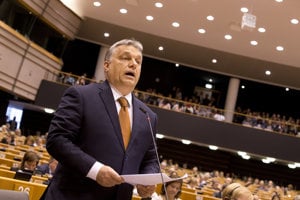 Failing in the migration issue

From the beginning of the year to the end of May 2017, more than 60,000 people left Libya by the central Mediterranean route.

“We are failing in the migration issue, and it is starting to cause problems for us,” Fico told MPs during June’s Parliamentary Committee for EU Affairs session, as quoted by the SITA newswire.

However, he has refused to help the European community in assessing asylum requests received by other countries. In addition to the 16 refugees from Greece that Slovakia admitted as part of the quota system, the country voluntarily accepted 149 Iraqi Christians. However, more than half of those Iraqis have returned home, with only 71 remaining in the country.

The low number of asylum seekers in Slovakia shows that Slovakia is not doing what it can to assist European countries overburdened with asylum seekers, according to Števulová.

“The essence of the aid is to distribute the asylum applications within the European countries,” Števulová said. “The difference is whether 10,000 applications are judged by one country or by all 28 EU countries.”