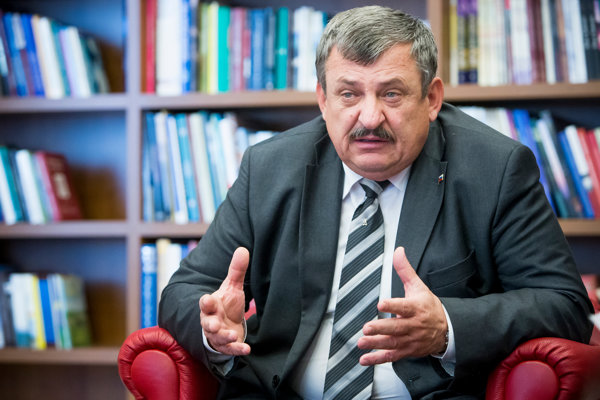 MP and deputy chair of the Slovak National Party (SNS) Anton Hrnko has won the fifth Homophobe of the year anti-award.

More than 20,000 participated in the vote, with Hrnko being picked by 34 percent of respondents, the SITA newswire reported.

Hrnko received the anti-award because of a statement he made following the flying of the rainbow flag at the Slovak Embassy in Budapest, in support of Gay Pride.

“Imagine if this was done by heterosexuals?” Hrnko asked. “They would be accused of pornography in public.”

MEP and chair of Freedom and Solidarity (SaS) Richard Sulík, came second with 29 percent of votes. He claimed that “if only homosexuals lived here we would disappear within one generation”.

Leader of the Ordinary People and Independent Personalities (OĽaNO) Igor Matovič, placed third with 16 percent of the vote, responded to the activities by pointing to his repeated violation of constitutional law by saying that “one is allegedly homosexual and the other lesbian”. 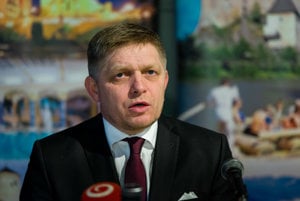 The anti-award poll was organised on the occasion of the International Day Against Homophobia, Transphobia and Biphobia by the non-governmental organisations Human Rights Institute (IĽP) and Rainbow Slovakia.

The number of respondents keeps increasing. Compared with the previous year, it rose by nearly 20 percent, said Peter Weisenbacher of IĽP.

“We even detected attempts to manipulate the voting and had to increase the security of our website,” Weisenbacher told SITA.

He expressed grief that the statements submitted for the poll were made by mainstream politicians.

“A strengthening extremism cannot be defeated by imitating it,” Weisenbacher continued. “Politicians who say they are against such expressions should not contribute to spreading hate against minorities in public discourse.”

The organisers of the poll are ready to present the anti-award to the winner, but they do not expect this will happen. The previous winners have all refused to take the award, SITA wrote.