Japanese remain loyal to past business 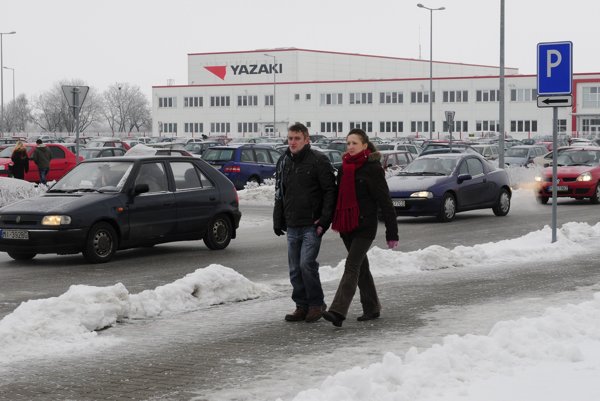 Though Japanese investors do not regard Slovakia as a separate primary market for their business on the European continent, major companies remain and others are on their way.

Despite the changes in the investors’ names, the main focus and the structure of the business coming from Japan have not significantly changed over the past three years. The Japanese have invested in the production of components for automotive and electrical engineering, to a lesser extent into chemical and mechanical engineering, according to Simona Čerešníková, spokeswoman of the state-run Slovak Investment and Trade Development Agency (SARIO).

“We, however, record the increase in the field of interest of making an investment with a higher added value,” Čerešníková told The Slovak Spectator.

Currently, there are 90 companies of Japanese origin operating in Slovakia, based on the database of the business service company Dun&Bradstreet.

Among important Japanese investments between 2004-2016, SARIO recorded a total of 15 successful projects by companies that invested more than €350 million and created almost 6,000 jobs. Now, Japanese firms are considering six new projects in Slovakia.

“The successful implementation of these projects would mean total investment of €570 million and the creation of 2,360 new jobs,” Čerešníková said.

In May 2017, Japanese corporation Minebea Mitsumi started building its biggest European plant in Košice. The investment should reach €60 million and the company plans to employ altogether about 1,100 people, of which 100 would work in the accompanying R&D centre, the Pravda daily reported. 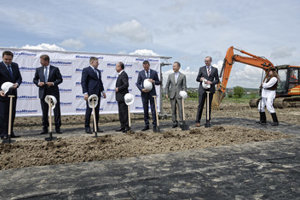 Minebea, which produces machined, rotary and electronic components for the automotive sector, decided to invest in Slovakia after detailed investigations in the region, which narrowed the focus from roughly 12 countries to Poland, the Czech Republic, Romania and the winner, Slovakia. The country won the competition thanks to the euro currency, political and economic stability and suitable labour force adaptability to advanced technologies, according to Jörg Hoffmann, Minebea Europe general director and Minebea Slovakia CEO.

“The last piece of the puzzle concerning where to place the investment was the creative atmosphere at the Technical University in Košice,” Hoffmann told The Slovak Spectator.

Minebea’s current general supplier, the building company Kajima, is now constructing the plant, planning for early access in January 2018. While some technology tests will be performed in January, the real production in the factory designated to produce for the whole European market should launch in April 2018, Hoffmann said.

Another Japanese investment is going to the food industry. Since April 2017, the Japanese brewery Asahi has owned the former central European plants of the concern SABMiller including Slovak brewery Pivovary Topvar. Asahi bought the brands in the Czech Republic, Slovakia, Poland, Hungary and Romania from the company AB InBev, which, after its merger with SABMiller, had to give up several parts of the new property.

“After the merger, the Slovak brewery operates in its original regime in order to promote and develop the interest in draft beer in Slovakia,” Jitka Němečková, manager of communications at Pivovary Topvar brewery, told The Slovak Spectator.

While the company does not expect significant changes in the product portfolio in Slovakia anytime soon, it wants to focus on promoting the current favourite products and special editions of existing beers. In addition, Slovak consumers may be able to taste beers from Asia.

“In the longer term, the European market offers a potential for the beer Asahi Super Dry which is currently a number one in Japan,” Němečková said.

Čerešníková sees in such purchases of existing companies like AB InBev, a very peculiar way in which Asian companies enter the European market. With regard to the autonomous decision-making processes in a private company, SARIO cannot predict the potential impact of the investment.

Large companies from Asia, however, often pull other firms onto the European markets. The arrival of Minebea, for example, has positively raised the attention of Japanese and other Asian investors in Slovakia, according to the Economy Ministry’s spokesperson Maroš Stano. The ministry now records an increase in the interest and plans for investment projects with sufficient quality and parameters.

The challenges of Japanese companies doing business in Slovakia are identical to other foreign or Slovak-owned companies, according to Hoffmann. While the country is an integral part of the European Union and the eurozone, it is not a separate market, he added.

One of the current problems of the Slovak market is the structure of the system of higher qualifications. Though the education system produces an abundance of graduates specialised in social sciences, there is no need for them on the labour market, said Hoffmann. On the other side, there is a lack of technical professionals at all levels, and a drain of young talents abroad.

“Our Bratislava branch is facing a lack of not only qualified labour, but also operators,” said Hoffmann.

Slovakia should remain an attractive investment environment for Japanese investors in the future thanks to its strategic geographical location, membership in the eurozone, productivity and quality of the labour force, and political and economic stability, according to Čerešníková.

Moreover, SARIO expects an increase in interest following the United Kingdom’s departure from the European Union.

“Mainly in relation to the existing position of London that many Asian companies have chosen as the location when entering the European market,” Čerešníková said.