Concert in a cave 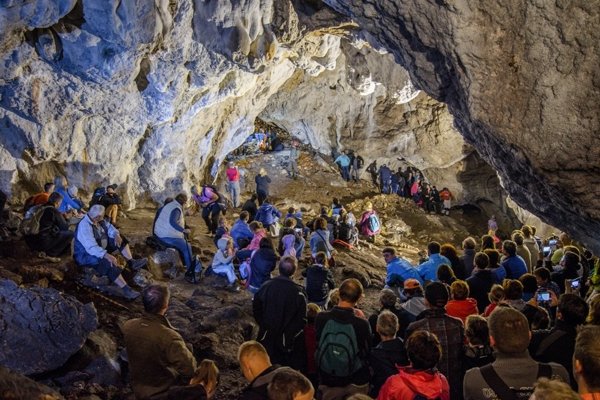 A string quartet played a classical concert in a cave on July 2, to a strangely-dressed audience, most of whom came from the nearby localities. Instead of tuxedos and dresses, the audience wore anoraks and hiking shoes, the TV Markíza reported on July 5. Both the audience members and the musicians had to climb several hundreds of metres to reach the performance location, while the musicians had to fine-tune their instruments in the moist environment of the cave.

“The acoustics in the cave, the material it is made from – the limestone, the soft sinter that covers the walls of the cave – is ideal for echoes that do not disturb the great impression of the space,” speleologist Bohuslav Kortman told the TV Markíza.

The musicians admitted that playing in a cave is more demanding but more fun than playing in a concert hall. Strings may have problems due to the air in the cave, but generally, the atmosphere and the environment of the caves have their own magic, “as we do not know what falls or drops on us from which side,” musicians Eva Paulovičová and Dobroslav Kortman said. The string quartet was from the Elementary Music School from Považská Bystrica.

The cave was revived by speleologists seven years ago, and since then, concerts are occasionally held there as part of the Zelená modrá / Green-Blue project. 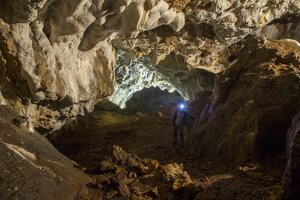 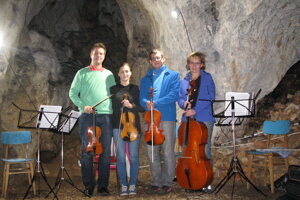 The concert, which took place on July 2 at 14:00, was organised by the local villages of Čelkova Lehota and Pružina, while the main organiser was the Speleological Club Strážovské vrchy (JKSV). It was part of the 7th year of the Zelená modrá event.

“The recent concert had great reactions – and that’s why we would like to organise some more concerts even during this season," Bohuslav Kortman told the Slovak Spectator. "If we don’t manage an earlier date, one concert is slated for the Strážovské Vrcholenie event on October 1.”

The cave can also be visited outside of these events, but booking in advance is necessary, as it is not open at all times because of paleontological research conducted in the cave. Visits are available between May and October depending on reservations..The contacts are 0042142/4321-064, 00421/905-488-028, or e-mail: bohuslav.kortman@speleostrazov.sk.

The cave is the most well-known in Stáržovské vrchy and one of the oldest in Slovakia, the povazska.dnes24.sk website wrote. “The cave has special acoustics and can easily hold 500 people,” Kortman told the website.