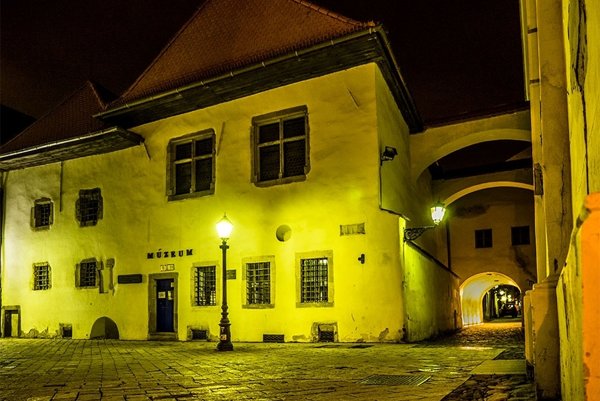 Named for its proximity to the dreaded mediaeval torture chamber, the largest of the defensive bastions on the Košice city wall (built in the late 15th century) was rebuilt and enlarged many times as modern weaponry shifted from siege engines to gunpowder.

Once the site of the city’s east gate, known as the Painted Gate, the structure provides the sole remaining evidence of the extensive fortification system that allowed Košice to flourish in the Middle Ages.

In 1906, the bastion was selected as the site for a memorial to Košice’s great hero Francis II Rákóczi (1676-1735), buried in St Elizabeth’s Cathedral. 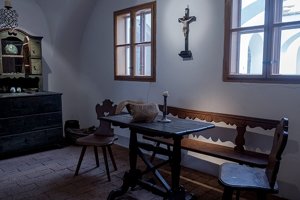 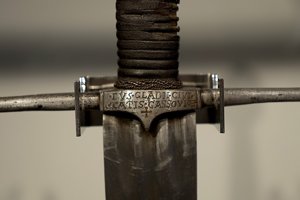 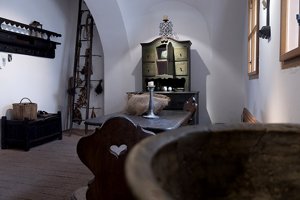 In addition to an imposing statue of the anti-Habsburg champion beloved by Hungarian-era Košicians, a replica of his exile home in Terikdag, Turkey, (known as Rodoshto in Hungarian) furnished with many Rákóczi artifacts, is perched atop a corner of the bastion.

The museum and fortifications also house mediaeval weaponry. An outdoor theatre and a reception area complete the site.

Watch a video about Executioner's Bastion, which was prepared as a part of project Cultural Heritage to promote renewal and preservation of cultural and historical heritage in Slovakia, through the EEA and Norwegian Funds.