Youtubers give their viewers a sample of the mountains and streets of Slovakia. 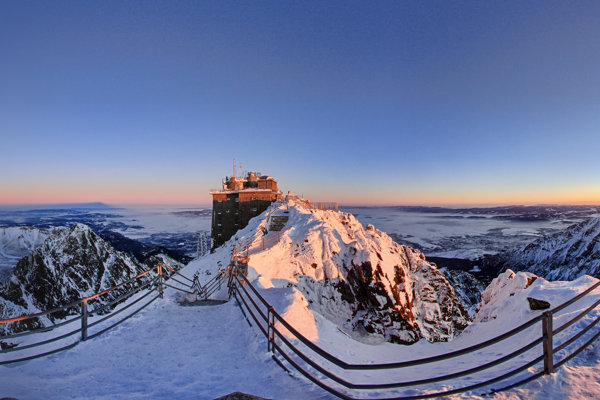 Patrik Paulinyi, has made videos showing countries across Europe and Asia, his video on Slovakia is special: Paulinyi wrote on his Instagram page that he spent a year collecting scenes of Slovakia - his home country and the country of his girlfriend, Andrea Zahurancová.

The video’s title comes from its filming perspective, which uses the "follow-me" techniqe to show Zahurancová leading Paulinyi through Slovakia by the hand. The video has no dialogue, and the style makes it feel authentic and organic, as if the person holding the camera had decided on a whim to record his surroundings.

In early May "Follow Me To Slovakia" was posted by Kristen Sarah, creator of the travel brand Hopscotch the Globe, just over a week after another video called "Follow me to: Slovakia", was published on the Youtube channel What I’ve Seen.

Sarah said that many of the people she met while making the video were eager to teach her about Slovakia’s history and about how it shapes the country today.

"It means a lot to them to educate others about what their country has been through," she told The Slovak Spectator.

The video gives a sense of Slovakia’s cultural and adventure activities. Sarah and her boyfriend, Siya Zarrabi, create a guided tour by stopping at popular destinations in various regions of Slovakia, including a medieval wine cellar near Hungary, Slovak Paradise National Park in Eastern Slovakia and Devin Castle in Bratislava Region. The trip was sponsored by Slovakia Tourism.

The Youtube channel What I’ve Seen shared a compilation video artfully connecting shots of the remote cliffs and lakes of Slovakia with the country’s recognizable landmarks, like the Čumil statue in Bratislava and the block letters of #TRNAVA near the city’s main square.

If the goal of the videos is to encourage more visitors to come to Slovakia, then both might be successful. At the time of publishing, Paulinyi’s video of his home country has earned over 380,000 views.

Sarah suggested that experiencing the country’s laid-back atmosphere may have given her a new travel interest: "I loved all of the nature and appreciation the people have for it," she said. "I enjoyed just walking down the streets of Košice and could see myself spending more time here."