Slovakia is far from fully tapping its tourism prospects. 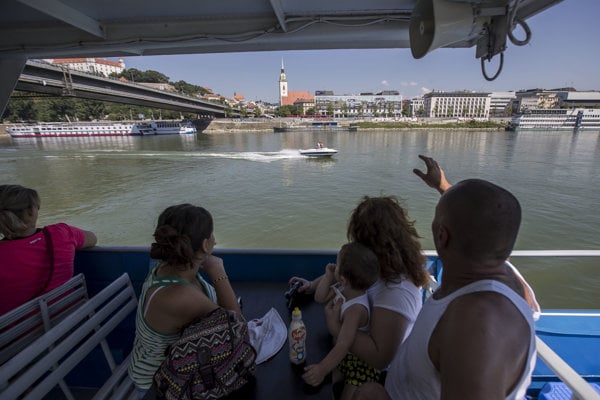 So far the state has been reluctant to introduce recreational vouchers while afraid of their negative impact on state money. Now it is pondering their launch when tourism in Slovakia is flowering. Businesses active in tourism, which for several years had called for the launching in Slovakia of such vouchers used successfully abroad, see the proposal as arriving too late. They argue that there are other problems that need to be addressed.

“In the time being this measure, also with respect to the increasing number of domestic tourists, is not a top priority or an instrument that should be inevitably introduced,” Marek Harbuľák, chairman of the Slovak Association of Hotels and Restaurants (ZHR), told Rádio Lumen. He added that vouchers as a support for tourism is especially welcomed during economic crises. 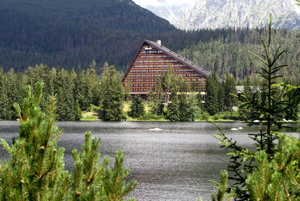 Hotels, restaurants and others active in the tourism business have been complaining about bad business conditions in tourism for several years, calling, among other things, for reduction of the value added tax on tourism services.

Peter Ďurček (SNS), state secretary of the Transport Ministry, which is also responsible for tourism, has arrived with the proposal of introducing recreational or holiday vouchers. These should work like meal vouchers, known colloquially as gastro lístky.

The Slovak National Party (SNS), one of the three ruling coalition parties, wants to support local tourism in this manner.

“In many municipalities and micro-regions tourism is the only significant employer and investor, and we think it deserves more support,” said Ďurček.

The main argument of the Transport Ministry in favour of this step is the effort to support domestic tourism and increase the interest of Slovaks in spending a holiday in their own country.

“As much as 67 percent of Slovak holidaymakers prefer to spend their holiday abroad,” the ministry wrote in its press release. It points out that the voucher scheme has worked in France for 70 years already and that it is successfully being used in Italy and Hungary as well.

The ministry still needs to discuss this proposal with other ministries, while the proposal needs be passed by parliament to become effective.

In the case of vouchers being exempt from taxation, this will reduce state budget revenues. But the Transport Ministry argues that in the end vouchers would bring more money into the state coffers.

“Based on experience from abroad, the ministry assumes that revenues from consumption connected with vouchers to grow two- to three-fold compared to the total sum invested in the vouchers, and thus, the system would be able to generate additional benefits,” said Karolína Ducká, spokesperson of the Transport Ministry.

Alica Orda Oravcová, tax advisor and president of the Tax Forum of Slovakia, warns that the voucher scheme would be disadvantageous and discriminatory for socially weaker groups. These people might not be able to afford to pay the rest of the vouchers, i.e. 45 percent of its nominal value.

“A more effective solution would be if the nominal value of the vouchers is lower, for example €280, fully covered by the employer,” said Orda Oravcová, as cited by the Sme daily. “This would be a real benefit for employees and a tax-advantageous way for employers to motivate employees.”

As much as 58 percent of Slovaks cannot afford even one holiday a year, based on the data of the Transport Ministry.

Vouchers during the communist regime

Slovak workers had already enjoyed holiday vouchers in the past. It was during the former communist regime, when all members of the trade unions from that time – Revolučné Odborové Hnutie (Revolutionary Trade Unions Movement) – received holiday vouchers. Their holders could spend summer or winter holidays in hotels and other facilities owned by ROH while some of the chosen and privileged could spend their holiday also by the sea.

Hoteliers and others active in the tourism business welcome the vouchers but call for the addressing of other problems too. They keep calling for the reduction of VAT on tourism services. In Slovakia it is higher than in other neighbouring countries. This reduces the competitiveness of Slovakia.

Harbuľák, from the Slovak Association of Hotels and Restaurants, does not see introduction of the vouchers as a priority. He would also like to see Slovakia promoted abroad more when in Slovakia the ratio of domestic and foreign tourists is 60 to 40.

“Other countries can only envy our ratio,” Harbuľák told Joj TV. “Thus we’d rather see here room for an increase of visitors from abroad.”

The recreational vouchers are only one of the measures the Transport Ministry has prepared to support tourism in Slovakia. It also proposes increasing the support of tourism from €7 million to €10 million; increasing support to cyclo transport as well as building a network of partners in Russia that would mediate visa proceedings; thus facilitating the travel of Russians to Slovakia.

In 2016, Slovakia broke a record in tourist numbers when altogether 5,023,629 visitors came to the country. This was a 16 percent increase compared with 2015 while the number of domestic tourists increased by 15 percent. One of the reasons for this increase might be Slovakia’s Presidency of the EU Council during the second half of 2016.

But Slovakia is far from fully tapping into tourism. Based on data from the World Travel & Tourism Council (WTTC) the total contribution of travel and tourism to GDP in EU member countries was about 10 percent on average in 2016, but in Slovakia it was only 6.2 percent. Out of these the direct contribution was almost 4 percent in EU member countries on average and 2.4 percent in Slovakia.

In competitive ranking regarding tourism, Slovakia is also lagging behind its EU peers. It is the second least competitive, after Romania, based on a ranking compiled by the World Economic Forum.