Performance of wild animals to be banned in circuses 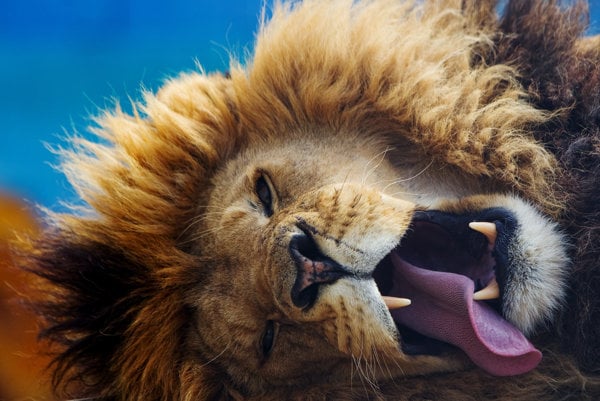 Circus animals live in undignified conditions, exist most of their lives in cages, cannot move freely and spend days, even weeks, on the road. In the training of circus animals they experience pain because they are pushed to perform in ways that do not suit their natural abilities and character.

Sloboda Zvierat (Freedom of Animals) describes the suffering of circus animals in these words. In May 2012 Sloboda zvierat launched a billboard campaign in Slovakia and now in 2017 a veterinary care law amendment has been introduced. The new rules preventing the torture of animals include the performance of animals in circuses.

“We don’t want to discriminate against circuses, we only want to protect the most endangered wild animals,” said Agriculture Minister Gabriela Matečná. Regulation on what animals are to be specifically protected will be released in autumn of this year, the ministry stated.

“Species of wild animals which publically perform tricks learned from humans and demonstrating atypical behavior not present in nature will be protected,” said Vladimír Machalík, head of the Agriculture Ministry’s press office, for The Slovak Spectator. The regulation will, for instance, protect predators, like lions and tigers.

“Wild animals suffer the most because their natural conditions are difficult to simulate,” explains Sloboda zvierat on their website. The tiger’s natural territory has several hundreds, sometimes even thousands, of square meters. However, most circus animals live in cages unable to escape except for training or a performance. Many animals are even isolated though most of them live in a group out in the wild, Sloboda Zvierat specified.

No wild animal performances in Slovakia

What does the amendment mean for circuses? Every circus coming to Slovakia will be obliged to register with the State Veterinary and Food Administration of the Slovak Republic (ŠVPS), which will decide about giving, taking away and suspending approval for circuses.

Despite the fact that there is no Slovak animal circus, many foreign circuses perform in various cities in Slovakia every year. Animals will be able to enter Slovakia when the amendment becomes valid; however, the restricted animals will not be allowed to perform.

The amendment will also give more power to veterinary inspectors. In case of suspicion, they will be allowed to enter the premises unaccompanied by the police.

Animal circuses in the world

The first country in Europe to ban all types of animals in the circus was Greece. Thus the ban does not only apply to wild animals like elephants, monkeys and tigers but also to domestic animals such as dogs and horses. Cyprus, Bosnia and Herzegovina, Malta, Guatemala, and Bolivia also have nationwide bans of animals in circuses.

Bolivia was the first country ever to highlight the conditions of the circuses in which animals have to live, the Stop Circus Suffering portal informed.

Other countries usually ban certain species or wild animals performing in the circus at the local or nationwide level. Slovakia will belong among these countries, along with, for instance, Austria, Croatia, Slovenia, Iran and Mexico. The Agriculture Ministry plans to submit the draft document for interdepartmental review this summer. It is expected to come into effect in January 2018.