Trenčín has the best maternity hospital

The Guide of Maternity Hospital project aims to provide mothers-to-be with comprehensive information about facilities in Slovakia. 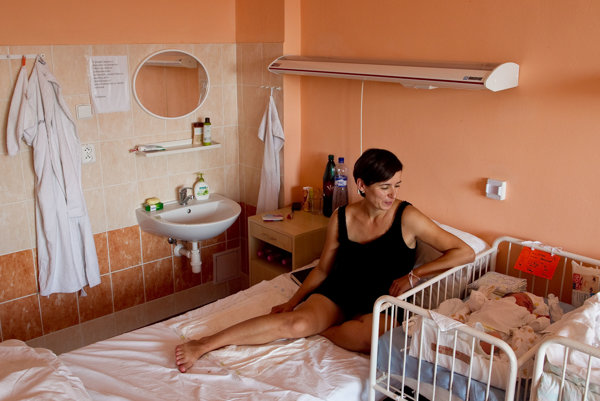 The best maternity hospital in Slovakia is in the Teaching Hospital in Trenčín, according to the experts and mothers who evaluated the facilities as part of a project run by the non-governmental Health Policy Institute (HPI) and the Rodinka.sk website.

Also high on the list were maternity hospitals in Martin and two hospitals that are part of the University Hospital Bratislava: Antolská and Ružinov, the SITA newswire reported.

The Guide of Maternity Hospital project tries to provide mothers-to-be with comprehensive information about the facilities in Slovakia. Its main objective is to positively motivate and appreciate those who try to improve their services and adapt them to the needs of women and their children, according to the guide’s authors.

The evaluation of the maternity hospitals is composed of two parts. HPI communicates with hospitals and evaluates the quality of the health treatment provided based on medical indicators, while Rodinka.sk aks women to evaluate the care they received in the hospital.

The part conducted by HPI is then divided into four categories depending on the level of provided neonatal care. Slovakia has a total of six perinatal centres, which offer the highest neonatal care level. Their aim is to concentrate serious cases in the respective regions to improve the quality of care for pregnant women, mothers-to-be and mothers who have recently given birth, as well as for the newborns, SITA reported.

The poll run at Rodinka.sk was taken by 3,404 mothers. They were most satisfied with the professionalism of the medical personnel (78.8 percent), while they mainly criticised the support of early contact between mother and her child. According to the poll, 55.6 percent of women had their first contact with the newborn directly at the birthing room, while 40.3 percent of women were allowed to be with their child after two hours after the birth.

The respondents picked Sanatorium Koch as the best maternity hospital, while the hospital in Martin and the facility Forlife in Komárno came in second and third, SITA reported.