What changes after the merger with Prima Banka? 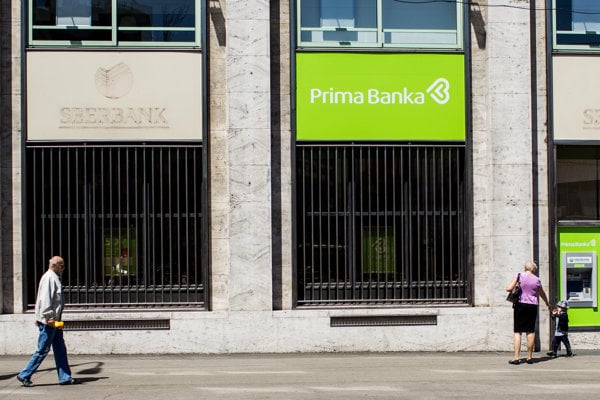 Slovakia’s branch of the Russian Sberbank definitely disappeared from the Slovak banking market. Its merger with Prima Banka, owned by financial group Penta, was definitely completed on August 1, the Hospodárske Noviny daily reported.

Thanks to the merger, Prima Banka will move up in the bank rankings based on assets. While the two institutions occupied eighth and ninth place in the past, the merged bank will move to the seventh place.

“Thanks to the merger, a bigger and stronger bank will be created,” Maroš Ovčarik, analyst with the Finančný Kompas website, told Hospodárske Noviny. “I expect this will be reflected also in product portfolio and competitiveness.”

Sberbank Slovakia’s clients will be able to continue using their old accounts with the same number and the same identification code, though the code is part of the account and is different for both banks. The data provided by the National Bank of Slovakia (NBS), the country’s central bank, suggests that Sberbank Slovakia’s code can be used until August 2019.

In practice, however, it will last only a few months until the IT systems of both banks are merged.

“The original account numbers will be kept, including the code and bank’s code,” Prima Banka’s spokesperson Eva Čonková told Hospodárske Noviny, “the same will be applied for payment cards and internet banking access.”

People will also be able to use the same payment cards. They will be replaced only after the validity of the current ones expire, experts say.

“If somebody wants to exchange the payment card before its expiration, he/she will have to pay a fee for issuing a new card,” Ovčarik told Hospodárske Noviny, adding that the charge is €10.

On the other hand, the clients of Sberbank Slovakia will lose the right to use their credit cards as Prima Banka does not offer this service, the daily informed.

As for the old loans taken at Sberbank, the clients will be able to keep them under the same conditions. This will change only after they decide to use some of the existing Prima Banka’s products, Čonková said.

Regarding the branches, some of them started merging already this spring. This happened particularly in Bratislava where the offices of both banks were close to each other.

The former clients of Sberbank Slovakia, however, will have more possibilities after the merger, according to Čonková. While Sberbank Slovakia had 39 offices, Prima Banka has 113, Hospodárske Noviny reported.