Changes to transport will be ongoing for three months. 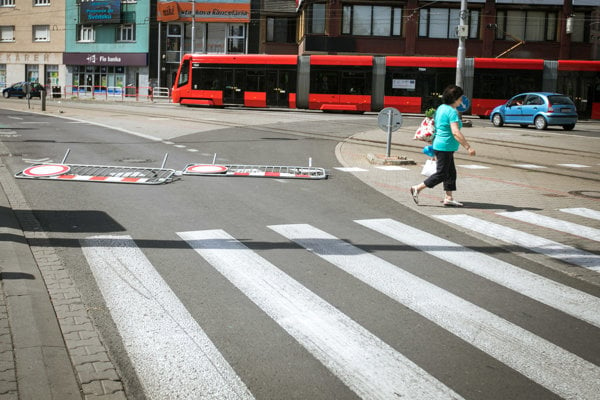 The reconstruction of the tram track on Špitálska Street in Bratislava’s Old Town borough started on August 1, affecting the public transport routes. The works are expected to last three months, the TASR newswire reported.

The reconstruction concerns the section between the Kamenné Square stop and the crossroad between Mickiewiczova Street, American Square and Špitálska Street. As a result, the routes of trams number 3, 4 and 9 will have to be changed. They will not stop at Námestie SNP/Kamenné Námestie, Mariánska, Americké Námestie/Odborárske Námestie.

“All information about redirecting routes are on our website, in public transport vehicles and respective stops,” DPB’s spokesperson Adriana Volfová said, as quoted by TASR.

The reconstruction work aims to exchange the rail surface and stops, and the installation of anti-vibration and anti-noise elements. Also the location of some stops will change.

The only one that will remain at the same spot is Mariánska on Mariánska Street in front of the Labour Ministry building. Its parameters, however, will be adjusted to the currently valid norms. The stop will be extended and widened, while barrier-free passages will be built on both of its ends. The stop will get a roof, an electronic information board and machine for issuing tickets, TASR wrote.

The Mariánska stop near Lazaretská Street, in the direction to Kamenné Square, however, will be cancelled. The new one will be built in the so-called Vienna style and be situated opposite the existing stop on Mariánska Street.

Such a change should accommodate the needs of passengers, particularly seniors and disabled people, according to DPB.

The total bill for reconstruction is expected to amount to more than €2.5 million. The works will be carried out by the Eurovia SK construction company, TASR reported.