The traditional Studia Academica Slovaca summer course of Slovak for foreigners starts in the second week of August. 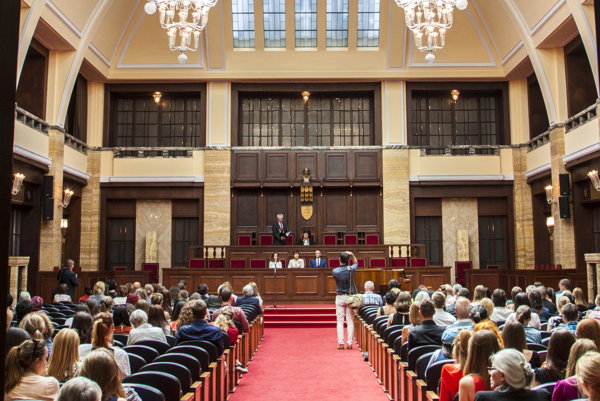 For three weeks – between August 6 and 26 – the Philosophical Faculty of Comenius University is organising the 53rd year of the summer language course, the oldest summer university for Slovak in the country.

This year, 160 students from 33 countries will come, the organisers stated. These are mostly students of Slovak or some other Slavonic language, as well as translators, interpreters, people working in Slovakia or strengthening their ties with the homeland of their ancestors – mostly from the USA.

The courses include those for beginners, intermediate and advanced learners, and also special linguistic, literature or translatology courses for the most advanced students.

The theme this summer is “Forms and Faces of Slovak language and Culture in Transformations”, reflected in afternoon expert lectures.

Other events include a guided tour of Bratislava, and three-day trip to the Slovak regions to show history and contemporary life. The trip can have four different routes, leading to sites with people who have an anniversary this year, or to the Zaježová community centre to see how traditional life and crafts used to be.

The SAS will be festively opened on July 7 at 16:00 in the university’s Moyzes Hall, Jana Pekarovičová stated for the organisers.