The event was attended by war veterans from Scotland and Belgium, as well as delegations from Poland and Russia, and ambassadors from the Czech Republic and Slovakia 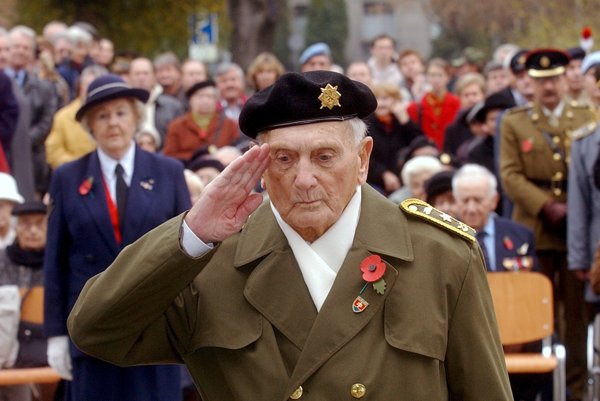 The village of Adinkerke, situated on the Belgian coast, commemorated the end of World War II in Europe, particularly the soldiers who tried to protect them from the Nazis. Soldiers from Czechoslovakia were also among the victims.

The event, which took place in late May 2017, was attended by war veterans from Scotland and Belgium, as well as delegations from Poland and Russia, and ambassadors from the Czech Republic and Slovakia, the public-service RTVS reported.

As for the survivors, there are only a few who can recall the battles.

“We were crouched behind the poles,” WWII veteran Anton Petrák described for RTVS. “The trolley passed by and we attacked it from behind. The result was that we received awards.”

Czechoslovak soldiers fought against the Nazi army along this 26-kilometre coast, known as the Dunkirk pocket, but they failed to wias the fanatic Nazi admiral Friedrich Riehl refused tocapitulate.

Though many of the soldiers returned to Czechoslovakia to help with the liberation, the others stayed in Belgium until the end of WWII.

The city of De Panne and its surroundings do not forget about them, RTVS reported.

“Without Czechoslovak soldiers we would still be part of Nazi Germany,” said Alain Fontaine, the leader of the memorial march, as quoted by RTVS. “It is the basic thing for us to commemorate these heroes for what they did for us, that together they helped liberate Belgium.”