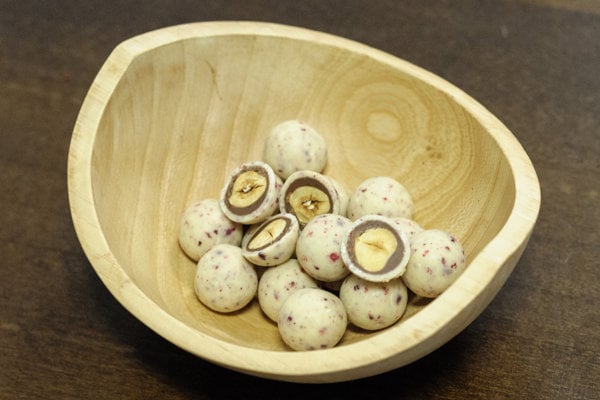 Being located far from cocoa beans-growing area does not mean Slovaks cannot produce chocolate in a way that respects the area where it is grown.

At Nitra-based Lyra Chocolate, maintaining a relationship with the place the cocoa beans are grown and the people who grow them is part of the chocolate production process.

“We don’t get our beans from the internet,” Katarína Jaklovská of Lyra Chocolate told The Slovak Spectator. “We get them from real people.”

The company maps the designs for its new products and coordinates business and social partnerships from its original plant in Ivanka pri Nitre, located near the Western Slovakia city of Nitra.

Lyra Chocolate’s cocoa beans come to Slovakia through partnerships with cocoa bean-growing experts and farmers in Ecuador and Colombia, where the chocolate company’s direct interaction with farmers has led to social projects in the harvesting regions.

“We say we know the farmers.” Jaklovská said. “They are producing the cocoa beans for us. We have to know them, and they have to know us as well.”

Jaklovská said that one program Lyra supports in Colombia provides local kids with breakfast to help motivate them stay in school, while another program underway has recently formed a joint venture with an indigenous community in Ecuador. 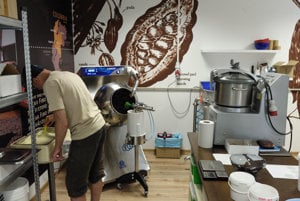 “When we get the cocoa beans from them, we are going to pay a bit more,” Jaklovská said of the farmers. “We are going to be fair to them.”

The company is currently in the testing phase to create a functional chocolate containing active probiotics, to be introduced in a line of original Slovak chocolates that use raisins, sunflower seeds or poppy seeds as toppings.

The chocolate’s earth-toned paper packaging – created by a Slovak designer – has also earned recognition within the chocolate industry, and Jaklovská said that there are plans to collaborate with the designer to market some chocolates with locally-produced apple cider.

These chocolate-makers say they look at the quality of their product with a holistic health view and adhere to high safety standards to protect their customers. In June, the factory was awarded one of the most well-respected global certificates for food and production safety.

Jaklovská said that said that Lyra’s production and roasting equipment and techniques are used in place of additives to give the chocolate its taste and appearance.

While Lyra Chocolate has plans to open a store in the new Vienna train station and is working to sell its chocolate on airlines in Asia, the company is continuing to base its production and sales in the home country of the company’s founders.

“We are going to do more stuff for Slovakia,” Jaklovská said.