The rise is also expected for the following months, though there remain some risks. 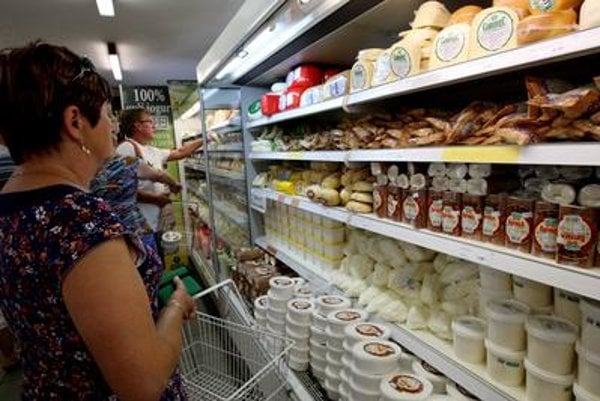 Shops will close on August 29 and September 1 in Slovakia. (Source: Sme)
Font size:A-|A+4

The increase of Slovakia’s gross domestic product in the second quarter of 2017 came as a positive surprise, according to observers.

The GDP at constant prices rose by 3.3 percent compared with the previous year. After seasonal adjustment, the GDP increased 3.1 percent year-on-year and 0.8 percent quarter-on-quarter, according to the flash estimate published by the Statistics Office.

“Our expectations that the strong base effect caused by Easter or slower growth in the industry as well as in exports caused by the weaker performance of the automotive industry will also impact the annual GDP growth have not been confirmed,” Ľubomír Koršňák, analyst with UniCredit Bank Czech Republic and Slovakia, wrote in a memo.

Though the Statistics Office will publish the detailed GDP growth structure only on September 5, the monthly data indicate the increase was impacted mostly by the consumption of households.

Retail revenues grew even quicker than in the previous quarter and achieved a new post-crisis peak, commented the Institute of Financial Policy (IFP), run under the Finance Ministry.

On the other hand, the annual dynamics of foreign trade slowed down, with the increase in imports being higher than the increase in exports in the second quarter of 2017, analyst with Slovenská Sporiteľňa Katarína Muchová wrote in a memo.

The increase in domestic consumption was positively impacted by the good situation in the labour market, more specifically the drop in the jobless rate, the increase in employment and real wages, according to Muchová.

The jobless rate dropped to its historical low, to 6.9 percent in June, she added.

Total employment in the second quarter of the year increased by 2.1 percent y/y, with more than 2.365 million people being employed. After seasonal adjustment, total employment rose by 2.2 percent y/y and by 0.6 percent q/q, according to the Statistics Office.

As for the following months, observers expect the economy to continue increasing. Muchová predicts the economy will rise at 3.3 percent this year, up by 0.2 percentage points compared to the spring forecast.

“Domestic demand should maintain crucial position in the structure, particularly domestic consumption,” the analyst wrote in a memo.

Though net exports will also contribute to GDP growth, their impact will not be as big as that of domestic consumption.

For now Koršňák is maintaining the forecast for this year’s growth at 3.4 percent. Apart from domestic consumption, the economy will also benefit from a stronger labour market and higher consumer trust, as well as the restoration of European economies, which will positively impact the experts. 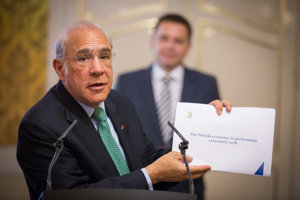 “Gradually, the economy will be drawn mostly by investments, supported by the restart of public investments (led by highway consumption) and stronger private investments led by the construction of the Jaguar Land Rover plant,” Koršňák wrote in a memo.

He also expects other economic sectors to grow, including real estate.

As for the risks, Muchová points mostly to the Brexit talks and their impact on the euro and sentiment, as well as geo-political developments.

“On the other hand, the quicker than anticipated increase in investments and the more energetic rise of the eurozone represent positive risks for Slovakia’s economic growth,” she added.