Marián Varga was unique, as musician and personality

The man who was behind several of Slovak firsts – like the first art-rock band in then-communist Czechoslovakia, or the first original Slovak modern musical – died at the beginning of August. His friends and colleagues reminisce. 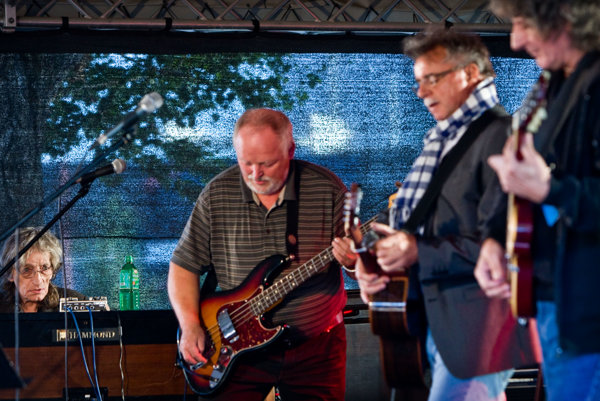 Marián Varga, composer, piano and keyboard player and arranger of music died on August 9, aged 70. He was member of the legendary 1960s and 1970s band, Prúdy, and later founded the art-rock band Collegium Musicum which was relatively (due to limited possibilities stemming from the Iron Curtain and restrained exchange of musical inspiration) renowned and respected also in the West, as the core of its production was instrumental. After 1979, the band stopped performing and Varga focused on a solo career, though in the 21st century, the band occasionally played together again.

In October 1977, the first Slovak rock musical, Cyrano of the Outskirts (Cyrano z Predmestia), was premiered; Varga was one of the composers (with Pavol Hammel).

“We collaborated for more than 50 years,” poet and author of lyrics – including to Varga’s tunes – Kamil Peteraj said at his funeral that took place on August 13 in the Brethren Church in Bratislava. “We made several albums together, and the work on them was very inspirational,” he told the TASR newswire. Peteraj added that they met while studying at the conservatory; their ways parted but shortly before the invasion of Czechoslovakia by Warsaw Pact countries they met again and agreed on Peteraj writing the lyrics for Prúdy – including the legendary album Zvoňte, Zvonky (Bells, Ring).

Peteraj also co-authored – with Ján Štrasser – the lyrics for the musical written to the libretto of Alta Vášová. “The cooperation was excellent, and Pavol and Marianko (i.e. Marián) were closest to my heart,” the poet continues. “Many considered Marián a man from another world: he was very well-educated, well-informed, inspiring. He had excellent musical thinking – he could harmonise very well so that things tuned together well. He smoothly handled the colouring of tones; what he touched, he sanctified. And one more thing – he was never satisfied with the result, he always wanted to improve the final form.”

Remembered with love and awe

“We (Prúdy) were looking for a pianist, and we hired Marián,” Hammel recalled. “Keyboards did not exist here then, and so he played the classical piano. Marián with his unconventional approach formed the sound of Prúdy,” he noted. When talking about the musical Cyrano, he noted that it was a great collaboration: some songs were written by him and some by Varga, but it was not important who wrote what. “We never really divided it, who wrote more, me or him – like Lennon-McCartney in the Beatles era.”

“Although Marián was seriously ill, we did not want to admit the idea that he could leave this world – we were definitely not prepared for this,” Frešo told TASR, adding that for him, it was like someone really close left for good. “I am very sorry and I cannot imagine how things will continue…. We planned some more concerts composed of his works, even if someone else – we had in mind Vladko Šarišský – was to play the piano instead of Marián. The motto of our talks was that we would still play more – we wanted to go on stage, and more than just once….” 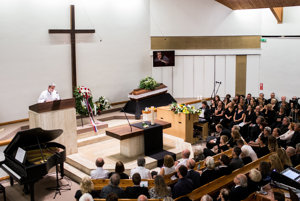 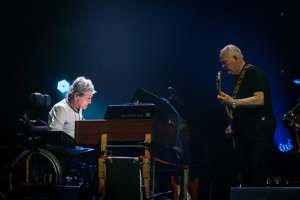 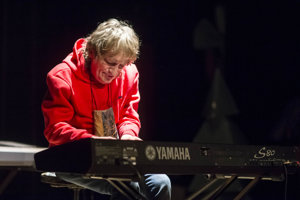 Frešo recalled their young days when they partied in communist-time Bratislava, and then jumped in time to the concert celebrating Varga’s 70th birthday, this April. “Recently, we managed to re-incarnate some older recordings, the vinyl form of the Konvergencie album was released, as well as of Green Post (Zelená Pošta) and our last common album – the double-album Speak, Memory,” he noted.

Describing Varga, Frešo said. “He was an absolutely exceptional person, distinctive, like you meet once in a lifetime, in certain aspects. I have never found any parallel to anyone else – be it a musician, or not. He was so specific and individual that he was a style on his own, an unrepeatable solitaire. There is a saying that nobody is irreplaceable – this is not true in Marián’s case. He is irreplaceable, he can be only imitated – he was always unique, hugely well-informed, very impractical in some aspects, but this was just the counter-balance for his other feats in other spheres,” the bass player described, adding that he always admired Varga and was curious where all the musical and intellectual talent came from. “I was never quite able to understand where his ability to absorb any music and then give it away from himself at any time came from,” Frešo said. “These were mysteries for me which – knowing him as well as I did – I was not able to grasp.”

Back in 2000s, Varga gave an interview for the Sme daily, in which he described not only his childhood music study – private lessons by the famous Slovak musician, composer and professor Ján Cikker – but also how he played truant at the conservatory. “I did not want to go to the elementary music school, so my mum, who knew Cikker, brought me to him,” he described. “He let me play (the simple, popular folk song) Prší, Prší in 16 ways, probably to find out about my talent. He said I was talented and so I took lessons from him for about six years.”
Varga then admitted he skipped lessons at the conservatory, and so he was sacked. “My parents were not happy, that’s true,” he told Sme. “I did not earn money for my living, it was them who supported me. But then, I read good literature a lot, and I must say that my father was the one who supported me in this.”

The late musician then said that after about three years in the Prúdy band, he felt the technology did not enable him to play the same music at concerts as in the studio, and he did not like the difference in sound. Thus, he got the idea to play art-rock, and founded Collegium Musicum. “We played re-arrangements of classical music and my own compositions,” Varga noted. “We also improvised. And then, in 1979, I remained alone. I wanted to be left alone.”

As everyone had to be employed, at least pro forma, during communism, Varga worked as a music dramaturgist in a theatre – for a poor salary. He also received money for concerts; but the amount was the same for a tiny club as for the huge palace of culture in Prague.

Later, he cooperated with theatres, mostly with Astorka, on scenic music. Varga commented that directors tend to change his musical ideas, but praised the advantage of having a mini-studio at home. He also slammed the remake of Cyrano in the post-communist era, as it was modernised in the way that new songs were added “which broke the whole architecture of the songs, the musical; and they did not even tell me”, he noted.

About his famous improvisation onstage, he said: “I do not start creating as late as on the stage… I always have my dramaturgy programme which is quite precisely construed. I allow myself to improvise only within the composition’s structure.”