Penta’s share in Petit Press publishing house will be lower 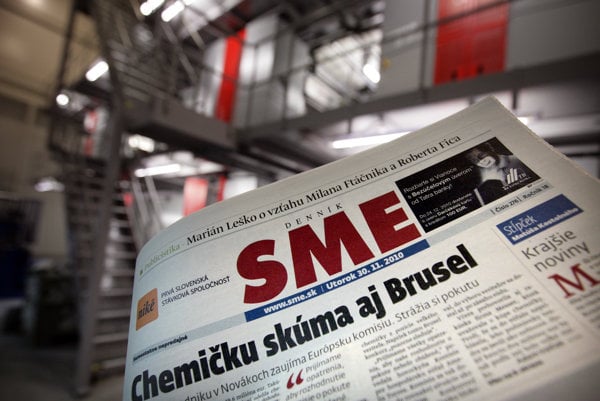 Simultaneously Petit Press is selling its division of Hungarian papers Új Szó and Vasárnap to News and Media Holding (NMH). Penta operates in the media business via this holding.

Both transactions will be completed by the end of 2017 at the latest, with both involved parties deciding not to reveal any financial details about the deal.

“I am glad that we have successfully reached an agreement and that we have disproved all doubts about the loss of independence of our newspaper and that PSIS as the founder of the Sme daily is gaining a stronger position in our company,” said Alexej Fulmek, general director of Petit Press as cited by Sme.

The division of Hungarian papers is leaving the publishing house after 17-years of cooperation. This way Petit Press is winding up its line of publishing newspapers in the Hungarian language and will focus on work with Slovak and English periodicals and their integration in the online environment with the stress on better usage of regional content on the web created by more than 25 regional editorial offices, said Fulmek.

By obtaining the division with Hungarian newspapers NMH wants to strengthen its position in the south of Slovakia and thus to win the target group of readers from the Hungarian minority.

Who are Petit Press and NMH

Petit Press is a media house publishing periodicals in the Slovak Hungarian and English languages. These include the dailies Sme, Új Szó and Korzár, regional weeklies MY, the weekly Vasárnap, the magazines TV Svet, Profit, Lišiak, Doma v Záhrade, Magazín Zdravia and O knihách, the bi-weekly Slovak Spectator and Echo, a network of free newspapers.

It operates a network of websites under the domains sme.sk and ujszo.com. It employs more than 600 people and apart from its publishing activities it also operates a distribution network and two printing houses in Bratislava and Košice.

The publishing house News and Media Holding is a new media company in Slovakia. It was launched in September 2015. By joining media houses – Spoločnosť 7Plus, Centrum Holdings, Trend Holding and Trend Representative – it has created a strong media company sheltering many printed newspapers and internet websites.

Its portfolio includes one of the best selling weeklies Plus 7 Dní, the daily Plus Jeden Deň, the economic weekly Trend, the most sold Slovak monthly Záhradkár, news websites Pluska.sk, Centrum.sk, Aktuale.sk, Trend.sk, many lifestyle and hobby titles and others. It employs approximately 450 people.

Penta Investments became involved with Petit Press back in 2014 when NAMAV, a company that was represented by the SITA newswire and financed by Penta, acquired a 50-percent stake in Petit Press from Rheinisch–Bergische Verlagsgesellschaft (RBVG).

Shortly after announcing the purchase, the then editor-in-chief of Sme, Matúš Kostolný and his four deputies submitted their resignation, arguing that the presence of Penta would prevent them from doing their work freely.