European cycling routes to lead across the east of Slovakia

Towns get inspiration from abroad. 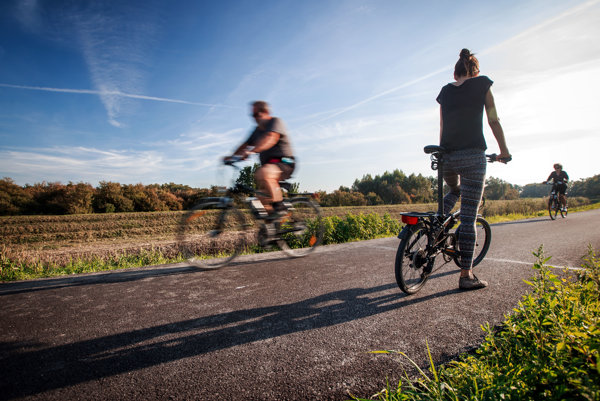 New cycling routes will be built in eastern Slovakia, with the construction works expected to start this autumn and next spring. These are part of six projects approved by the Agricultural Ministry, the Korzár regional daily reported on its website.

Prešov gets the most

The largest amount of money will go to Prešov, which will receive about €2 million. The city will invest in four projects.

After building a cycling route along Bajkalská Street, new routes will be added on Masarykova Street, in the Pod Wilec Hôrkou part of the city, and towards the city hall. Moreover, the construction of a cycle-railway between Prešov and Sigord will begin.

Almost 500 metres of new cycling route have already been in use at Housing Estate III in Prešov. As well as the new route, 38 new trees were planted, while lighting and new benches with rubbish bins were constructed, Korzár reported.

The city will invest €266,000 into a one-kilometre-long cycling route on Masarykova Street.

“The project concerns the construction of two one-way cycling routes without pavement for pedestrians,” said Veronika Kmetóny Gazdová, the spokesperson for Prešov, as quoted by Korzár.

Part of the construction will be the transfer of the bus stop near Čierny Most and also the partial change of traffic on the local road. The surface of the route will be made from red tarmac and will be 1.25 metres in width and of a length of 1,290 metres, Kmetóny Gazdová added.

The cycle-railway should lead from Prešov across Solivar, Dulová Ves and Kokošovce to the border of the cadastral area of Zlatá Baňa. The investment in this project amounts to €1.5 million.

“The first phase of the 6.5 kilometres long cycling route Prešov – Solivar – Kokošovce – Malý Muk was approved as well,” Kmetóny Gazdová told Korzár. The asphalt route will be 3 metres wide. Its trajectory copies the historic route of the former forest railway, she added. 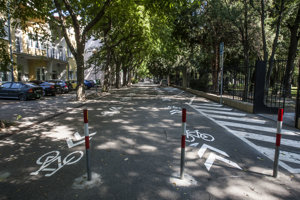 Košice did not apply

Košice is missing on the list of successful applicants. The city argues that they did not manage to apply in time, but they will not miss the second round that will start in September.

The city wants to ask for money to build cycling routes in the Košice – Nad Jazerom and Košice – Krásna boroughs.

“The cycling route will lead alongside the right riverbank of Hornád from the Vyšné Opátske weir to the end of Ladožská Street,” said Jozef Marko, the spokesperson for Košice, as quoted by Korzár. “It will connect to the already existing cycling route from the parking place near the weir.”

The project should also deal with the traffic signs and add green grassy spaces to the surroundings. The length of the cycling route should be 374.3 metres.

Also Veľký Šariš will receive money. It plans to spend more than €0.5 million on about four kilometres of cycling routes. Spiššská Nová Ves will get almost €1 million to build a 2.7 kilometres long cycling route, Korzár reported.

The cycling routes in Košice and Prešov will become part of the international project EuroVelo that should connect important destinations within the whole continent. 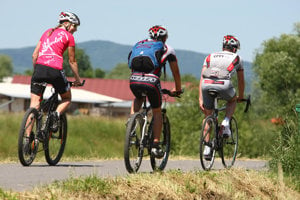 Read also:Spa towns near borders will be connected with cycle route Read more

The Agrculture Ministry wants to support alternative forms of traffic via various subsidies.

“The cities are occupied by cars more and more,” said Agriculture Minister Gabriela Matečná, as quoted by Korzár. “Bicycles do not pollute the air, do not cause noise, nor create traffic jams. It is easy to park with a bicycle, while the exercise is beneficial for our bodies, too.”