Spanish infante lived in the castle manor of Stará Ľubovňa

Exposition: Princesses de Bourbon in Ľubovňa castle, the story of Carolin and Isabel, may be seen at Ľubovniansky castle. 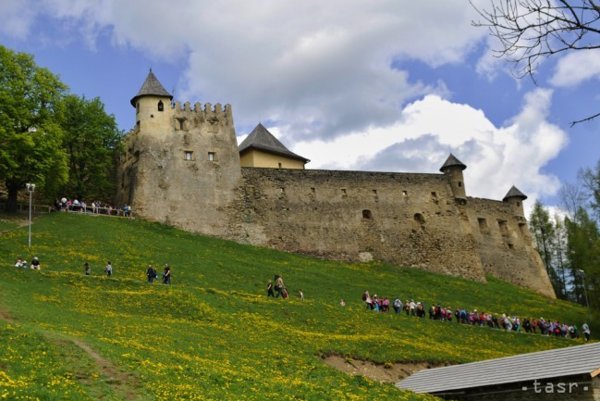 The first was Andrzej Przemyslaw Zamoyski who married María Carolina de Borbón-Dos Sicilias and he brought her to the Spiš region, to Stará Ľubovňa.

The historic spring states that Isabel Alfonsa was emotionally bound to Stará Ľubovňa. She was very extraordinary in her appearance – she was often to be seen in trousers which were unusual in the Slovak countryside at that time.

She actively managed the household of the manor under the castle where the family lived. She was a very devoted Catholic.

The expansion of the Zamoyski family and their property began in the inter-war period when the count rebuilt the economy of the property in Stará Ľubovňa and thanks to the dowry of his wife, he started to modernize the infrastructure of the Vyšné Ružbachy spa.

Count Zamoyski also participated in the public life of Stará Ľubovňa and he granted permission for the reconstruction of one part of the castle.

The life of the family changed after the uprising of the Slovak state in 1939 when relationships with Poland worsened, because of the border area.

After the German army attacked Poland in 1939, Jan Zamoyski was accused of being a Polish citizen and of cooperation with Poland and he was interned at Ilava. He was released after four months thanks to Spanish diplomatic relationships.

In the summer of 1944, the German gestapo settled at Ľubovniansky castle and Countess Isabel and her children were placed under house arrest in the Zamoyski manor.

At the time when the German army was retreating, the family of Zamoyski succeeded in leaving Slovakia. They should have been protected by the diplomatic immunity offered by their Spanish passports. However, permission to enter Spain had to be issued by Francisco Franco, who ruled there at that time.

His government forced the Zamoyski family to live in Seville which was hard for them due to their financial situation. Countess Isabel bought an estate near Seville where the family settled but Count Zamoyski could not cope with the changes and the marriage ended in a friendly divorce.

He left for Cannes, supported by his wife who was sending him money, where he resided until he died. He unsuccessfully attempted to get restitution for his nationalized property,.

Together, they had four children. The only one still living is a daughter, María Teresa, who was born in Bratislava in 1938. She joined the sisters of The Discalced Carmelites or Barefoot Carmelites in 1973 and gave up her titles.