Architect: In most projects profit is the only goal

A high-rise should be an iconic building, says architect Drahan Petrovič 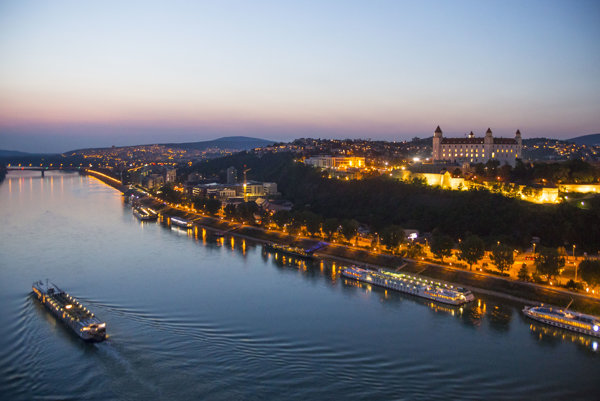 Opinions as to whether there should be high-rise buildings in Bratislava differ. For developers they can mean more profits but if their construction is not accompanied by building the necessary infrastructure and amenities, there is the risk the new development will sponge on surrounding neighbourhood.

The Slovak Spectator spoke with Drahan Petrovič, an architect who when living in Canada designed two 31-storey buildings in the city of Vancouver and as a member of a team also designed high-rises in Portland. 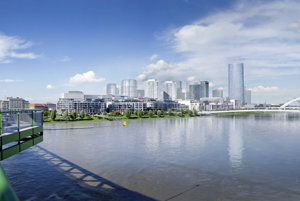 Now he is back in Slovakia and working as a developer on various housing projects with no ambitions to build high-rises in Bratislava.

The Slovak Spectator (TSS): What should a quality high-rise building look like? What qualities should it have also in regards to the surroundings in which it will be located?

Drahan Petrovič (DP): When we are speaking about a building about 100 metres high, it certainly should be an iconic building with an exceptional design because people will look at it from all sides for many years. But in Bratislava this has not been happening so far. Most of these buildings are only a boring repetition of one storey with a minimum of invention. The only tower that can bear international criteria is the building of the National Bank of Slovakia.

In terms of their placing, there are only a few reasons for building them in a city. For example, we can speak about their justification when, instead of a very dense low-rise built-up area, apartments and offices are placed into a vertical building – a tower – and an adequately large public space – a park, that is missing in its vicinity – is created.

Another reason might be the utilisation of transportation hubs, either train or bus stations. Building high-rises near them facilitates the accessibility of jobs for people commuting from the suburbs.

The third one is the creation of a new orientation point in the area. But for this a 30-storey building is not necessary. Usually it is sufficient when such a building is slightly higher than the surrounding buildings.

But it certainly shouldn’t happen that the city’s master plan enables the owner of a plot to build a high-rise without being it beneficial for the city from the urbanistic as well as financial point of view.

TSS: Why, in your opinion, are many developers in Bratislava inclined toward the construction of high-rise buildings?

DP: Because it is very interesting financially. When they manage to buy a plot for such a building for a reasonable price, then the returns on costs are very favourable. Alas, in most projects profit is also the only goal.

I have a feeling that the spirit of the arrogant butcher Rudolf Manderla, who triggered off the inappropriate location of high-rises in Bratislava, has been repeating itself here. [Note: Rudolf Manderla built the first “skyscraper” in Bratislava – the so-called Manderlák. It has been criticised for its location since it is protruding into the crossroad.]

The latest most serious example of a crime on the city’s appearance is the high-rise on Šancova Street.

TSS: What do you think about concentrating high-rises into one district?

DP: I consider the pressure of the city council to concentrate 30-storey buildings into one area and simultaneously to cap the construction in the city centre to four storeys to be an urbanistic mistake.

The city should develop as it has done for centuries when new buildings were always a bit higher than previous ones and the dominating features as well as orientation points were slim church towers.

Unfortunately, for reasons unbeknownst to me, the idea that a Bratislavan Manhattan would be built here has been adopted. It is now growing around Apollo Bridge and in the area of Mlynské Nivy.

Now the city council must only consistently insist on building sufficient infrastructure and amenities for future citizens: kindergartens, playgrounds, community centres and parks. If none of these are built, it may very easily happen that the new district will sponge on neighbouring districts and the residents of several thousand new apartments will drive their kids to kindergartens around all Bratislava and their only free-time activities will be visiting nearby shopping centres.

TSS: How do you perceive the growing high-rise buildings in Bratislava?

DP: I would so far only acknowledge the efforts of Penta Investments to create a public park with a restored heating plant by Slovak architect Dušan Jurkovič in their tower development in the Čulenova zone.

But I personally think that there is too much design in the park’s project to the detriment of sports grounds. The residents who will live there in about 700 apartments may prefer football, basketball or volleyball courts instead of amphitheatres on a wavy terrain without real usage.

TSS: Developers are only occasionally holding architecture tenders for their projects. Why?

DP: The city council is not pushing them to do so. As a consequence, it is easier and cheaper for them to commission a particular studio. But the city should unconditionally require an exceptional design for high-rises. Then it will be up to the developer on how to do it. One will choose an architecture tender and another one will invite, for example, the Italian architect Renzo Piano, and do it all at once.