The GDP growth estimate for next year has not changed since July.

Slovakia's GDP should grow by 3.3 percent this year, according to the latest survey carried out by the Slovak central bank (NBS) among analysts from commercial banks.

This is an improvement of 0.1 percentage points (p.p.) when compared to the estimate from the previous month. The GDP growth estimate for next year has not changed since July. Bank analysts are expecting growth to reach 3.9 percent. 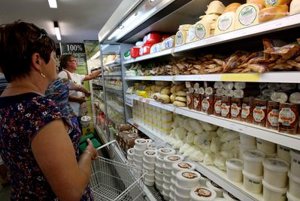 Analysts also provided their estimates regarding inflation in Slovakia. In their opinion, inflation should amount to 1.2 percent this year and rise to 1.8 percent next year.

The European Central Bank's key refinancing interest rate should remain at zero this year, while it should go up to 0.10 percent in 2018.