Life gets harder for Roma in Moldava 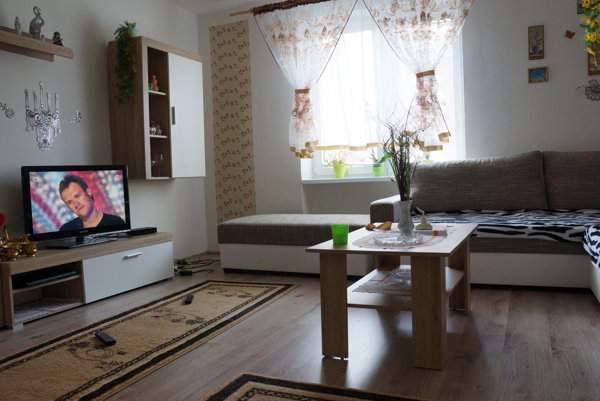 Irma Horváthová was born in a Roma settlement at the outskirts of the town of Moldava nad Bodvou in Košice region. Unlike many others, she was able to get out of poverty, move to the town and devoted eleven years of work with Roma children.

Her accomplishments were also noticed by Al Jazeera and President Andrew Kiska, who last year had a joint lunch with her and other activists working with Roma children in April.

At the end of August Horváthová is not living in Moldava nad Bodvou anymore, but painting her new apartment in Hungary. She moved there from Slovakia after the city decided in December 2016 to sell the flat in which she was subletting.

After conditions for community centre employees became tighter she lost work and she owed the town about €750 for rent. She stated that with the help of family she would have been able to pay the sum in a short time, but she did not get a chance from the municipality and had to leave.

“I couldn’t go back to the settlement again. I have children who may join some bad groups of people and start abusing drugs,” Horváthová told The Slovak Spectator.

The town forced the departure of around twenty other Roma families living in the town in the same way.

Besides forced eviction, the Roma living in Moldava nad Bodvou have faced several segregation attempts from the municipality as well as citizens. On August 21, the municipality constructed a fence between two elementary schools beside one another because parents were complaining about Roma visiting the buildings.

Moreover, in early August the local swimming pool did not allow some Roma to enter, demanding a doctor’s approval that they were not sick, public broadcaster RTVS reported.

They still remember the police raid in a local Roma settlement in June 2013 when more than 60 police officers raided the settlement, leaving several people injured and claiming that they were searching for wanted persons.

The municipality points out that it has taken several steps toward the integration of the local Roma community since then, seeing no discrimination in regards to eviction or the fence between schools.

“The town rejects any accusations concerning signs of discrimination,” reads the municipality statement sent to The Slovak Spectator. 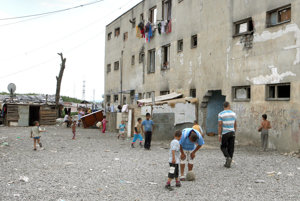 The worst of possibilities

Municipal MPs approved the selling of 21 flats located on several streets in December 2016, claiming that some families renting them are not “assimilated” and there have been tensions between them and the flat owners.

The total debt of just three residential buildings on Rožňavská Street exceeded €90,000 at the end of 2015, reads the explanatory report to the municipal ruling.

Horváthová admits that she and other families had debts but criticizes the town for not giving them a chance to pay them off; this in spite of some families having debts amounting to only a few hundred euros, which would have been easy to pay. 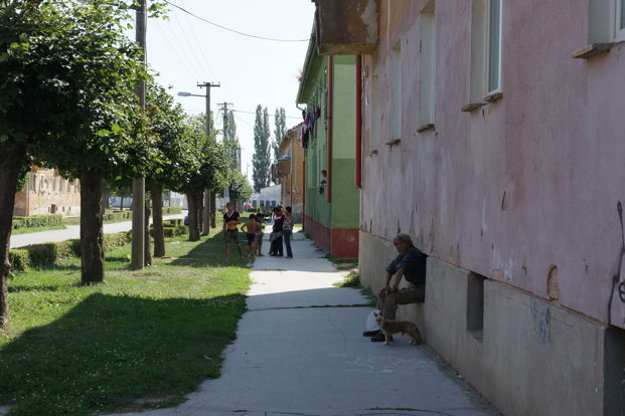 Moreover the town is not helping families in this difficult situation, only offering space where they can put their belongings until they find a new home and covering one night at a local hotel.

It is therefore possible that those families ended up on the street or joined the inhabitants of the infamous local Roma settlement.

There have been similar cases of hasty eviction in the past and it always turned out to be the worst of all possible solutions, according to Ábel Ravasz, Government Proxy for the Roma Communities and Most-Híd deputy chair.

“Dealing with the situation individually with each of those families is a much better solution,” Ravasz told The Slovak Spectator. “It is possible to make a deal with the families living in a standard way and those problematic ones should get help from terrain social work.”

Ravasz pointed out Košice city, which decided to remove the problematic inhabitants of the Lunik IX Roma ghetto and demolished two blocks of residential buildings, leaving dozens of families on the street. Some of them then constructed the new illegal Roma settlement of Mašličkovo.

Three children passed away there the following winter in 2016. The first of them died in a fire, the second froze to death and the third was killed by infection. Meanwhile, improved social work in Lunik IX was initiated but the Roma in Mašličkovo have difficult access to it.

“When people from a block of flats are evicted, a larger number of people can find themselves on the street and then it’s really difficult to solve,” Ravasz said.

Ravasz pointed to Fiľakovo in the Banská Bystrica region as a positive example, where the biggest integrated Roma community lives. Despite living in difficult conditions, the municipality has been always able to agree with local families so they do not lose their homes, according to Ravasz.

The town did not answer questions as to why Moldava nad Bodvou did not give the Roma a chance to settle their debts and how it helped them in a difficult situation.

The European Roma Rights Centre (ERRC) criticized the town for its approach, claiming that the Roma are discriminated against because of their segregation and living conditions unequal to the majority.

“The steps taken by the town related to the planned selling of the flats may worsen this unfavourable situation,” ERRC President Dorde Jovanovic writes in his statement.

Troubles in the town

The Roma living in Moldava nad Bodvou have been complaining about their situation for a long time. A few days before, twenty-one Roma families had to leave their homes, the municipality constructing a fence between the joint schools with one considered the “Roma School”.

The elementary and grammar school with Hungarian as the main language and the elementary school on Ulica Československej armády Street (Czechoslovak Army Street) had shared a common courtyard for more than 40 years. The municipality constructed a fence between them in one day.

The town claims that the fence was built at the request of the parents of the elementary school children on the Czechoslovak Army Street, because people who did not belong to the school had been entering its premises. They disrupted the education process, entering the dining room, attacking people and stealing items.

“It happened without a sit-down and dealing with the situation together,” Andrea Papp, the head of the Hungarian school, told the Sme daily. 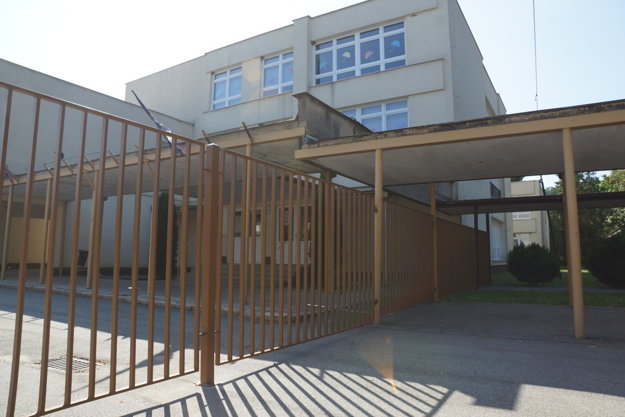 Most of the 488 elementary and grammar school pupils are from the Roma settlement. Sometimes their parents were standing there but nothing serious had ever happened, according to Papp.

“I, as the school principal, have never dealt with a written complaint or a situation where someone was attacked or robbed for several years,” Papp said, as quoted by Sme.

Moreover, the local Roma were forbidden to enter the swimming pool.

“They told us that we need papers from a doctor saying we have no health problems or anything contagious,” one of refused Roma Štefánia told the RTVS.

Karol and his girlfriend went to the pool when Karol’s parents visited, who live in Moldava nad Bodvou. He was also refused.

“I asked them why I can’t enter and they told me it was only on invitation,” Karol told RTVS. He added that staff at the entrance told him that there was something similar to a private event at the site.

“The Moldava nad Bodvou swimming pool requires of its visitors the following hygienic principles, as well as rules of good behaviour and some citizens have a problem with that,” pool head Michal Komár told the topky.sk website. “We don’t require confirmation from a doctor and the swimming pool is accessible to all who agree with the given rules.”