New ÚVO head Miroslav Hlivák described as a new blood for the institution. 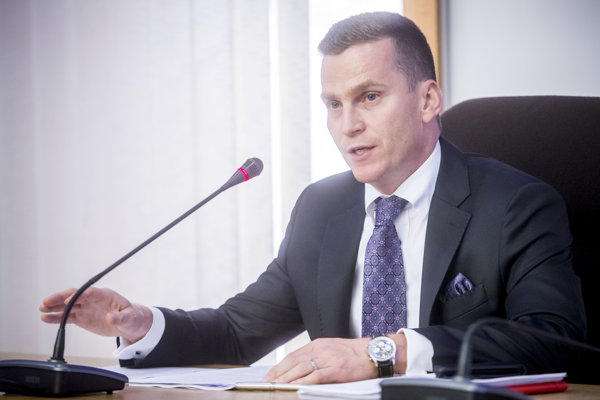 Parliament has elected lawyer, Miroslav Hlivák, as the new head of the Public Procurement Office (ÚVO). He received 78 votes from 104 MPs present in the September 13 ballot, while 21 deputies were against and five abstained from the vote. Five votes were invalid.

Hlivák was chosen by the government out of nine candidates, after being publicly heard. He has not worked for the office before.

“We think it will be good to have new blood at the ÚVO, if there is somebody with practical experience who will look at its activities from sideways on,” said Prime Minister Robert Fico (Smer), as quoted by the TASR newswire.

During his public hearing, Hlivák said he wants to focus on three main pillars: the professionalisation of the ÚVO, the predictability of its actions and decisions, and the education of a new generation of experts in public procurement.

He plans to optimise the work of the ÚVO, and also create a professional organisation for public procurement, similar to the ones notaries, barristers and distrainors have.

The nominee from the Comenius University’s Law Faculty denies any connections with the ruling Most-Híd party, as was hinted at by some opposition politicians, and said he had not met with any politicians in connection with his candidacy for the ÚVO post, TASR reported.

After being selected by the government, the Sme daily reported that Hlivák’s victory has already been known about for several weeks. The Pravda daily even described him as favourite weeks before the public hearing.

Hlivák is working for the Soukeník – Štrpka law firm, one of the largest law firms in the country. It is known by big companies and also households as it often recovers claims of mobile providers. He claims in his CV that he has been helping several state companies with public procurements, including the Slovak Electricity Transmission Network (SEPS), Vodohospodárska Výstavba, and the freight railway carrier Cargo Slovakia, Sme wrote.

In the case of Vodohospodárska Výstavba, Hlivák dealt with taking charge of the Gabčíkovo hydro-electric power plant from the managerial control of Italian Enel. He represented the state company in a court dispute over the invalidity of the agreement to run the power plant due to its conflict with the public procurement law.

The victory in the case pleased mostly Fico, Sme reported.