This year, the festival of chamber music, Konvergencie / Convergences will be laughing with one eye and crying with the other: its leitmotif is anniversaries – and unfortunately also death. 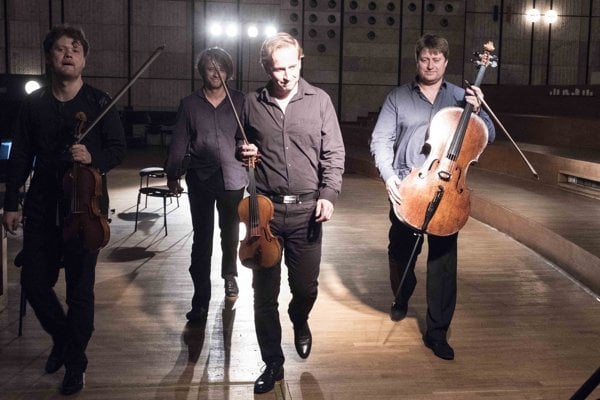 The festival was named after an album by the legendary Slovak musician Marián Varga, who was involved with it from the very beginning and his death this summer is reflected in this year’s performances. The concert on September 24 was meant to hail the 70th birthday of the pianist/keyboardist/composer which he celebrated this spring but the dramaturgy of the evening has changed. Alongside two of his own compositions, Antifona for Cello and the Quatro Movimenti quartets, there will also be a performance of The Crux by his long-time friend and fellow composer Vladimír Godár, as well as quartets playing music by Varga's favourite composer, Béla Bartók, the festival organiser and cellist Jozef Lupták said.

“Marián was very close to Bartók, and his music will connect the concert to everything we were doing this year within Konvergencie,” he added.

Another concert marking the anniversary is the Braislava Night of Chamber Music on September 22, in which two Slovak musicians who have also been closely connected with the festival since its beginning celebrate their 50th anniversary – pianist Nora Skuta and clarinetist Ronald Šebesta, were given a free hand to select pieces that came from their hearts.

One of the highlights of the festival is another concert on September 24, in which Israeli mandolinist Avi Avital returns to play with the Konvergencie players, and which will be conducted by Slovak pianist/composer/conductor Peter Breiner (whose music will also be performed) who turns 60 this year.

Other musical delicacies on offer

Konvergencie, an already established chamber music festival, is spread over the whole year (and has expanded as far as Košice and Žilina) but the core events still take place in the second half of September, in Bratislava. Between September 18 and 25, various Slovak and foreign musicians will perform, e.g. the opening gig – The Bratislava Hot Serenaders with Milan Lasica and Peter Lipa (already sold out).

Two days later, Italian baroque diva, Romina Basso, will merge her contra-alto with the sounds of the period instruments from Solamente Naturali, the ensemble of early music, playing works from the 18th century in St Martin's Cathedral.

Slovak violinist Milan Paľa and pianist Ladislav Fančovič, will play a selection of sonatas by Beethoven, Brahms and Bartók, in the former Clarissen Church on September 21.

The next day, on the Night of Chamber Music, Nora Skuta and clarinetist Ronald Šebesta, will perform a selection of pieces by Debussy, Brahms, Bartók, Webern, Berg and Dohnány at the Design Factory – the usual venue for this Night.

On September 24, the organisers have arranged two concerts: an Hommage to Marián Varga at 17:00 in the Slovak Radio building, and at 20:00 in the same room, the works of Vivaldi, Slovak composer Peter Breiner, Sulchan Cincadze and B. Bartók will resound, performed by Israeli mandolinist Avi Avital, and the Convergence players conducted by Breiner himself.

The concluding event on September 25 in the Moyzes Hall combines music and recital, as actor Boris Farkaš will read the works of French writer Maïa Brami and Camerata Zürich. Thomas Demenga on cello and Igor Karško on violin will play the music of the Czech masters, Leoš Janáček and Bedřich Smetana.