The Business Environment Index falls to 49.6 points and is below half its original starting value for the first time in history.

The business environment in Slovakia has again worsened over the second quarter of this year, while at stake is the most remarkable deterioration in the past three quarters. This is the result of a regular survey among entrepreneurs by the Business Alliance of Slovakia (PAS). The Business Environment Index, compiled based on this survey, fell to 49.6 points, and for the first time in history fell below half of its original starting value. Compared to the last rating, the index fell by 2.22 percent, PAS executive director Peter Kremský informed, as cited by the SITA newswire.

The worst-hit indicator was the Application of the Principle of Equity before the Law (-7.15 percent). The Law Enforceability and Functionality of the Judiciary and the Functionality of the Political System in the State also recorded a similar decline. The level of Corruption in Public Offices (-5.86 percent) has also decreased significantly, declining further from the third quarter of 2015. 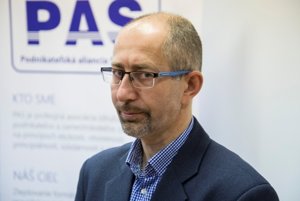 “The anti-corruption rhetoric of the government is thus missing its target, as the perception of corruption by entrepreneurs moves ever higher,” said Kremský as cited by the SITA newswire.

The survey also revealed that the workforce shortage is a growing problem for entrepreneurs. This reflected the historically most marked deterioration in the Quality and Availability of Production Inputs and Workforce (-5.78 percent).

PAS attributes the functionality of the political system dropping to the lowest level since the beginning of 2013 to the election of Ľubomír Jahnátek, a former MP for Smer, as chairman of the Regulatory Office for Network Industries (ÚRSO). This has disappointed expectations of the public that after a scandal with a sharp rise of utility prices, an independent expert, not a political nominee, might be appointed to this position.

On the other hand, businesses view as positives the changes in the use of the virtual cash registers, as their use was liberalised and extended to a wider range of users, and access to sources of financing.