Bratislava in Movement offers a unique taste of not just Slovak but also international dance, with performances varying from robotic involvement playing with lights and visual illusions through to quotes of classical art to philosophical musings. 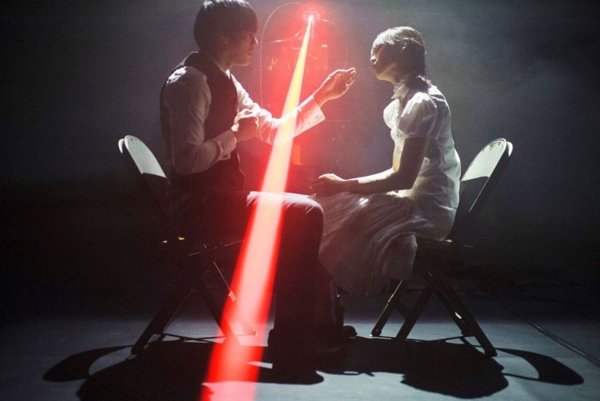 The opening piece of the event – which takes place between October 1 and 22 at various sites in the capital – is Huang Yi and KUKA which brings not just the first Taiwanese dance performance to the MDPOH city theatre, but also a unique idea of co-existence between humans and robots, based on the choreographer and director Hunag Yi's childhood fascination and his exploration of the electronic world. Apart from the KUKA robot, a huge robot weighing almost one ton, lasers and a stroboscope are also in the gig. 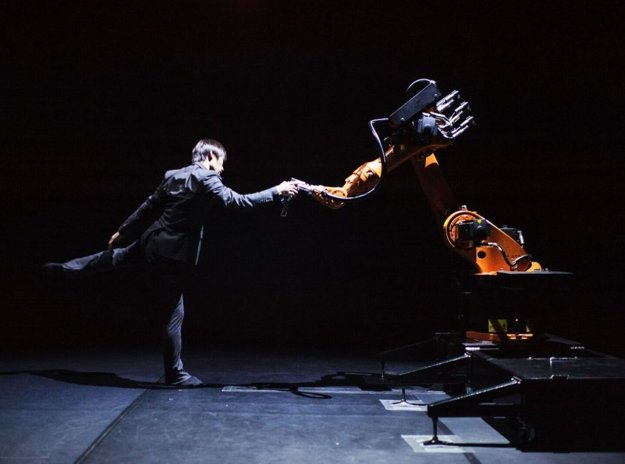 “Four performances especially are based on the connection between movement and visual art,” founder and head of the festival, Miroslava Kovářová, said. “However, the way the visual side is presented differs from one piece to another,” she added, naming as another visually strong dance the geography-connected performance Siena of the Spanish La Veronal ensemble with choreographer Marcos Morau in the Slovak National Theatre on October 17. A large picture by Goya helps create the atmosphere of the Italian city of Sienna, as well as renaissance-like and humanism-like feeling. 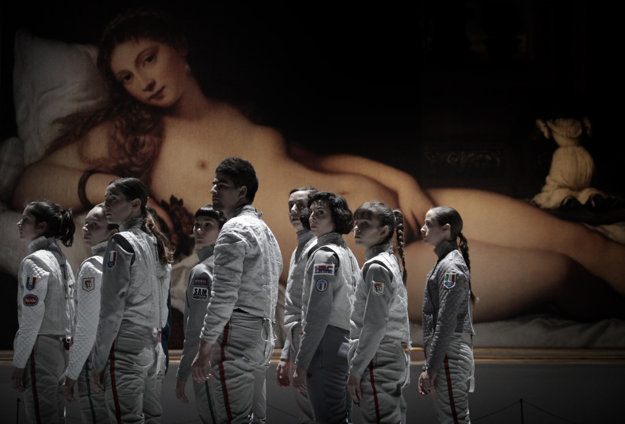 The Vacuum piece – the third part of a trilogy whose first part, Black Out, was presented at the BiM festival two years ago – is another very visual dance, putting bodies of dancers in neon tubes and creating laser and light effects. Vacuum, by Swiss choreographer Philipp Saire, is shorter and thus it will be shown on October 14 in the A4 cultural space, where the dance films of the Cartographies series will be screened. 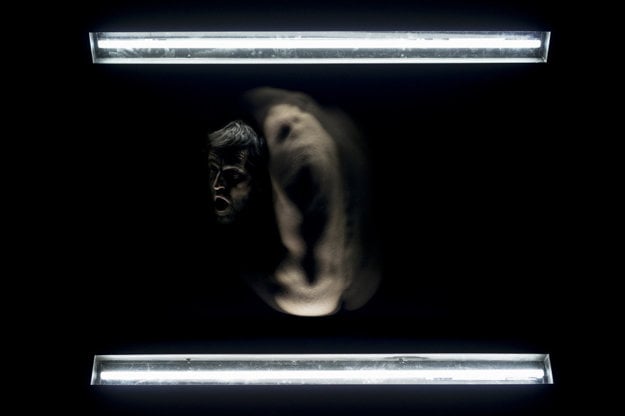 The A4 space of culture will also host an evening on October 6 composed of three works, two South Korean and one Slovenian. The male duo Woo Sang-Jeona will dance the Lost Room, showing the role of the environment in the inner transformation of a human. 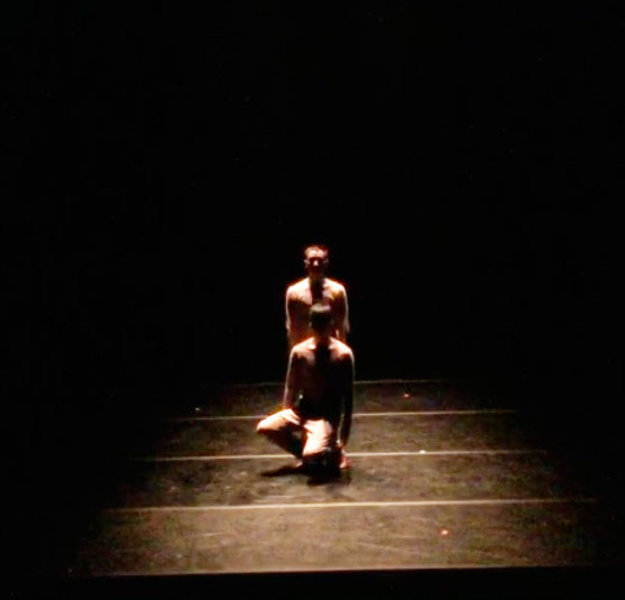 Gayoung Lee and Kyum Ahna will show a different facet of human experience, the complexity of relations, in the awarded choreography Between. 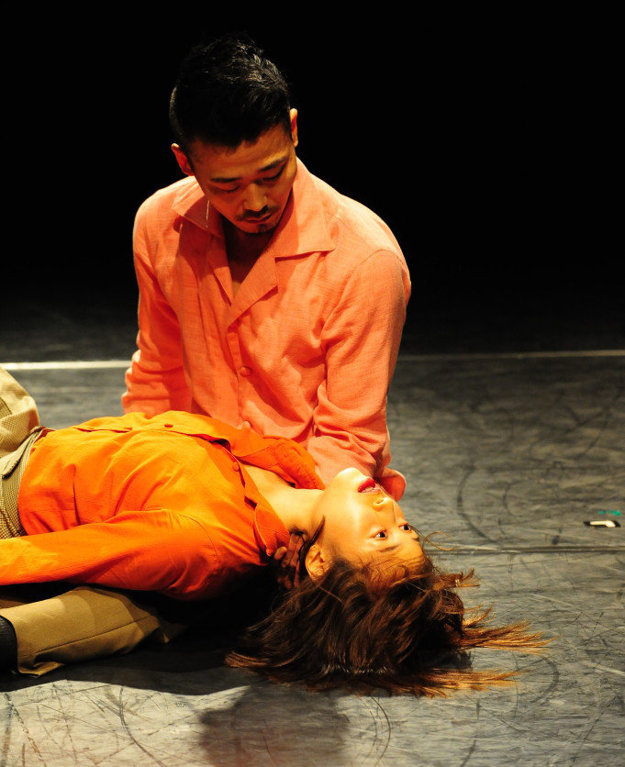 Gayoung Lee and Kyum Ahna: Between (Source: Courtesy of BiM )

The third part of the evening, Alien Express by Slovenians Zhigan Krajnchan and Geshper Kunshek, explores states and expressions used in interactions in an effort to see behind expected things. 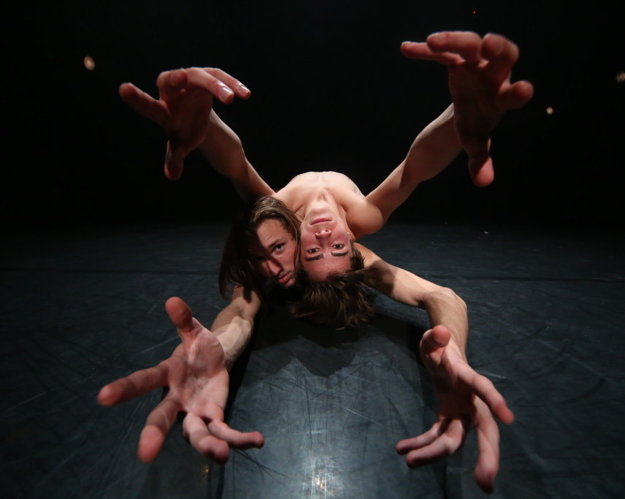 The Hungarian ensemble Timothy and the Things (i.e. László Fülöp and Emese Cuhorka) and their choreography Your Mother at My Door explores the seemingly wasted time spent with others and its importance in everyday life. The piece also concludes the festival on October 21. 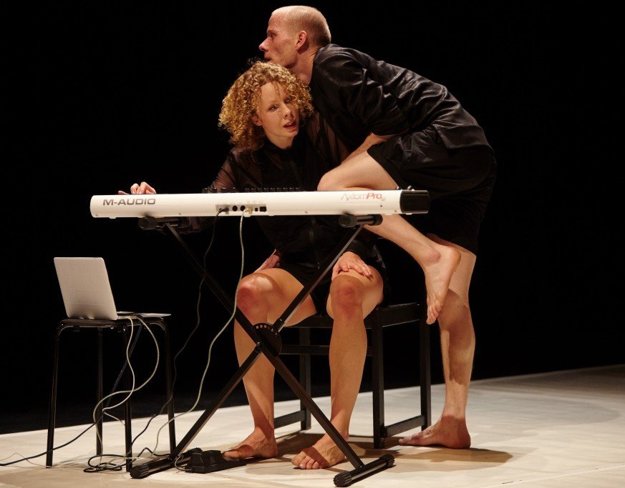 Timothy and the Things: Your mother at My Door (Source: Gabor Dusa)

The Slovak scene is represented by two pieces. d-Body-m by Yuri Korec, a Slovak now working in Austria, with the CieLaroque/Helene Weinzerl troupe, is a choregraphy for two Slovak dance students/fresh graduates. 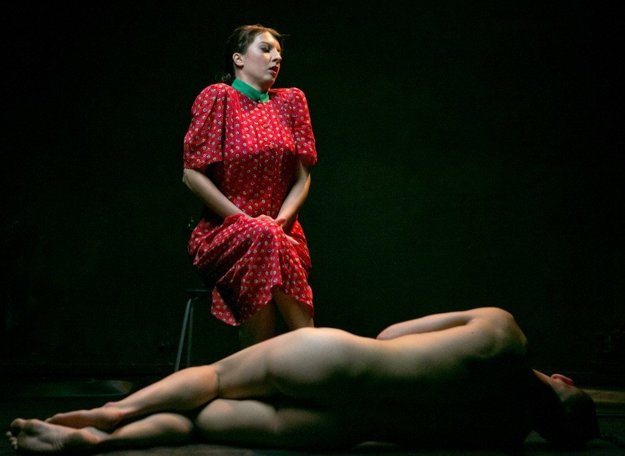 The Debris Company of Jozef Vlk and Stanislava Vlčeková has engaged “a big team, which is not so usual in Slovakia”, according to Kovářová, and this fact can be seen in their Wow! performance that stages, with a strong visual aspect, the beatnik poetry of Slovak Eugen Gindl (as admittedly inspired by an exhibition of works by František Kupka). Wow! explores the prehistory of humankind and the state of Homo Sapiens, and is, according to Vlk, the first part of a trilogy that focuses on a joint issue of the human as an entity in correlation to him or herself, his surroundings and to transcendental issues. 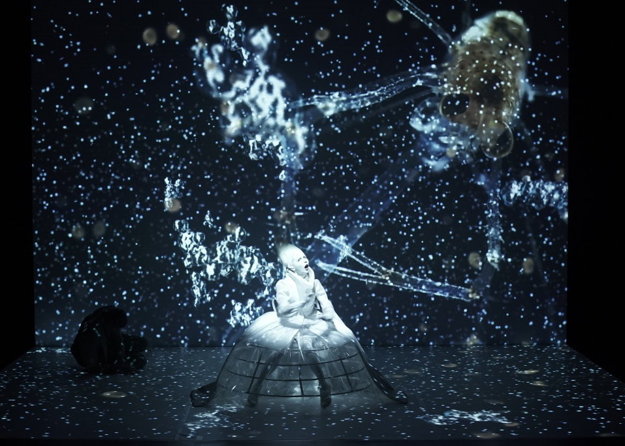 Dancing in the street

The accompanying event of the festival, the Kilometre Dance, is the spiritual child of Katarína Mojžišová. Six Slovak dancers will dance for one kilometre in the streets of old Bratislava, on each of the October weekends (and sometimes even two at one weekend, or on a Tuesday).

“My gig may not look as dance-like as expected,” Jaro Viňarský, the first performer, explained, “as I do not want to drag onlookers along, while being the only one dancing. Rather, I would like to invite them to move and get involved.“ The Kilometre Dance starts on October 1, under the clock at My Bratislava/Tesco store (Pod hodinami, a popular meeting site) and leads through downtown Bratislava to the Main Square. Other dancers on the following days include Ján Valík, Soňa Ferienčíková, Martina Hajdyla-Lacová, Lívia Balážová (musically supported by her partner) and Radoslav Piovarči.

“The idea of dancing in the streets may stem from the current situation in Bratislava, where modern dance has no single permanent stage,“ Kovářová suggested, adding that the accompanying event will take place regardless of the weather.