He was tortured and persecuted. Titus Zeman is now blessed

Sticking someone’s head into a bucket of excrement was one way the communists treated clerics. 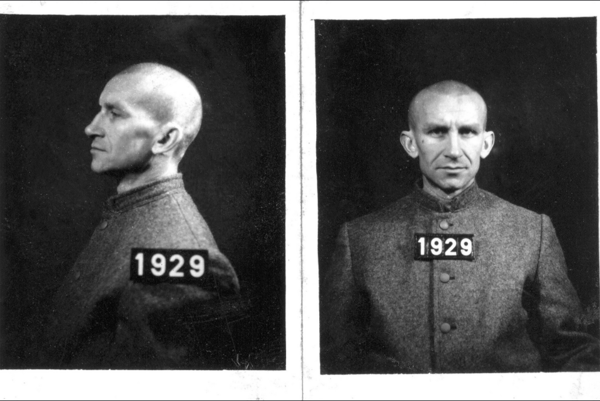 In Slovakia under Communism, speaking up openly about one’s religious feelings was a risk. Some paid the highest price for doing so. Salesian priest Titus Zeman was one of them.

On the last weekend of September, Italian Cardinal Angelo Amato will come to Bratislava to perform the act of Titus Zeman’s beatification on behalf of Pope Francis. The holy beatification mass will take place in St. Martin’s Dome on September 30, but the entire event programme stretches from Friday night to Sunday afternoon.

Saturday September 30, Bratislava-Petržalka, open area next to the Church of Holy Family

10.30 Thanksgiving for the beatification (holy mass)

The beatification process started in 2010. Nowadays the Roman-Catholic Church sees Titus Zeman as a martyr who spread love to defend faith.

Path to the church

Titus Zeman, who was born in Vajnory, now part of Bratislava, announced his decision to dedicate his life to the Church at the age of 10 when he was healed after long years of suffering from various diseases. He never looked back after making the decision.

When he applied for the school of the Salesian order in Šaštín, the inspector of the Salesians, Don Jozef Bokor, examined him upon the request of Zeman’s parents. Because they were poor, Bokor discouraged him from joining the monastery.

“We don’t have small boys like you here,” Bokor told the little boy, according to the official account of Titus Zeman’s life story. “What are we going to do when you will cry and want to return to your mother?”

But Zeman argued that the Virgin Mary was going to be his mother, and he was admitted.

Years later, in 1937, Titus Zeman headed to Rome to study theology. Later he continued his studies in Turin. In Italy, he was consecrated a priest on June 23, 1940. After his studies he returned to Slovakia and he worked with the youth in the Salesian oratory on Miletičova Street in Bratislava.

He became chaplain one year later in the Bratislava – Tehelné Pole parish. Jozef Bokor persuaded him to apply for his studies again, this time for chemistry and biology, so he could then teach those subjects in Trnava. Zeman was released from religious office in 1943 to become a teacher in Trnava’s secondary grammar school.

When the raid of the ŠtB Communist-era secret police took place, Titus Zeman was at the parish in Šenkvice. On the night of April 13 to April 14, 1950, members of the police, public militia, ŠtB and in some places the army, invaded monasteries around Czechoslovakia. They arrested 881 monks from 11 parishes in Slovakia.