Domino's Pizza plans to open restaurants in other towns soon. 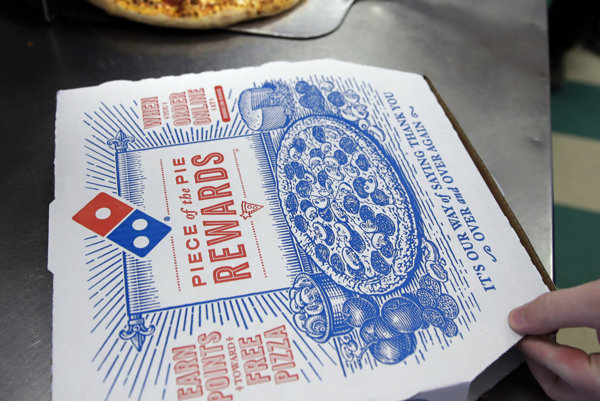 It is the biggest rival of Pizza Hut and, similarly, offers American-style pizza, with thick dough and classic versions like Pepperoni and Hawaiian, the Trend weekly reported.

The branch opened on Krížna Street in Bratislava, and online orders can also be placed. It also offers delivery, which is currently greatly limited. This may be caused by the fact that the operator of the pizza restaurant, company Apim Gastro, is currently searching for people who can deliver using their own cars or scooters, according to the weekly.

While the restaurant chain belongs among the cheaper fast food, in Slovakia it is a higher standard. The cheapest pizza costs €6, and the most expensive is as much as €10.

Bratislava-based Apim Gastro, established late last year, operates Domino’s Pizza with a franchising licence. It soon plans to open other restaurants across Slovakia, so it “is searching for skilled, hard-working, dynamic and positive people who want to become part of a dynamic development of this global concept”, as reported by Trend.

Domino’s Pizza belongs to US company Daufood, which also opened a branch in Slovakia at the beginning of this year. According to the business register, it is a foreign partner of Domino’s. The partners of the company are Cobefood of Barcelona and Daufood Portugal.