They don't know what to expect yet but mostly share good first impressions. 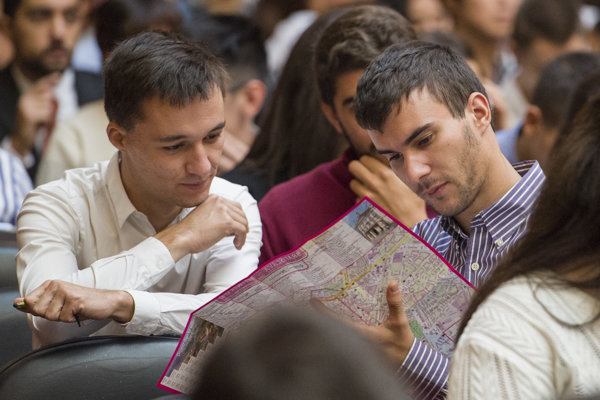 "I really want to see the Tatras," said Aistė Černauskytė, a political science student from Lithuania, after having laid her eyes on the landscape of Slovakia during her bus trip to Bratislava.

Aistė is one of the international students who arrived to spend a semester in Bratislava. She spent 21 hours on the bus from Vilnius, across Poland, right to the Slovak capital.

"Central Europe isn't very well-known to me," said Aistė Černauskytė, who appreciates the strategically good location of Bratislava for travelling.

Nearly 400 students have decided to spend their Erasmus semester at Comenius University in Bratislava this semester. On September 18 they gathered at the university’s main hall to take their student oath.