The case concerns the alleged account of PM Robert Fico and his wife in Belize.

The chair of Ordinary People and Independent Personalities (OĽaNO) Igor Matovič slandered Prime Minister Robert Fico (Smer) when he talked about the latter’s alleged account in Belize, according to the regional prosecutor’s office in Bratislava.

The prosecutor submitted the charges to the Bratislava I District Court on September 14. The police, which ended the investigation of this case in summer, proposed bringing charges against Matovič, the TASR newswire reported. 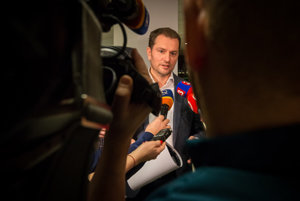 Matovič informed the media about Fico’s alleged account in mid-August 2015. He referred to the anonymous information he found in his mailbox. The prime minister and his wife allegedly founded a shell company in Belize in 2008 and deposited $674 million into two accounts, according to Matovič.

The police checked the information via the Financial Intelligence Unit Belize, which said that Fico and his wife do not have any personal or business accounts or other financial products in financial institutions in Belize, TASR reported.