Jama in Petržalka offers something for each family member 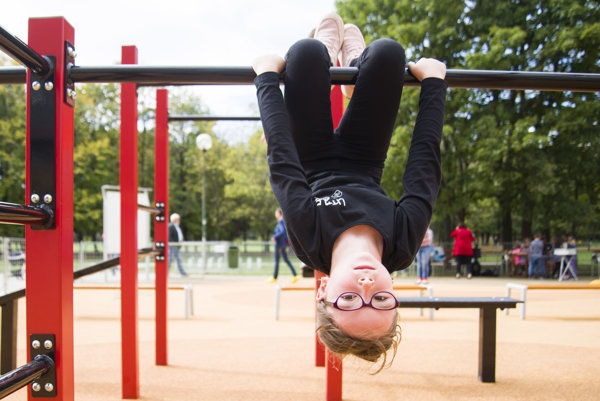 Bratislavans now have a unique sports ground called Jama (Hole), similar to sports grounds in New York, London and Tokyo. It is more than 17 acres in area and is located in Petržalka, in the triangle created by Vyšehradská, Šášovská and Vígľašská streets. It cost €180,000 and the borough financed it from its budget.

“Its biggest advantage is that children, youths and adults, as well as seniors, can ‘play’ there simultaneously,” said Petržalka Mayor Vladimír Bajan during the ceremonial opening of the venue on October 4. “This is because it provides activities for all age categories.” 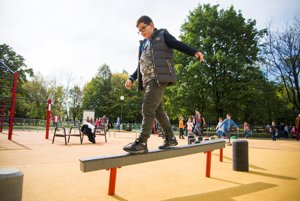 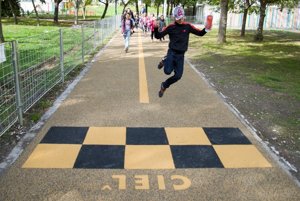 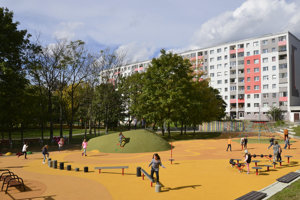 The playground has a special soft surface and the borough designed it in close cooperation with the citizens of neighbouring blocks of flats in order that it fulfils their needs.

The surface itself, with its different colours, forms a running track for children. There are 3D semispheres for jumping, a path suitable for racing small cars as well as a small playing ground with goals for football.

Youths and adults can exercise on a modern street workout set. There is also a hill for climbing and individual exercise machines for seniors.

Another Jama is being built in Nové Mesto

Petržalka’s Jama is not the only Jama venue in Bratislava. Another Jama is being built in the borough of Nové Mesto but its council is now pondering on whether to rename it in order to avoid confusion.