Two suspects have been charged: one for murder, the other one for robbery. 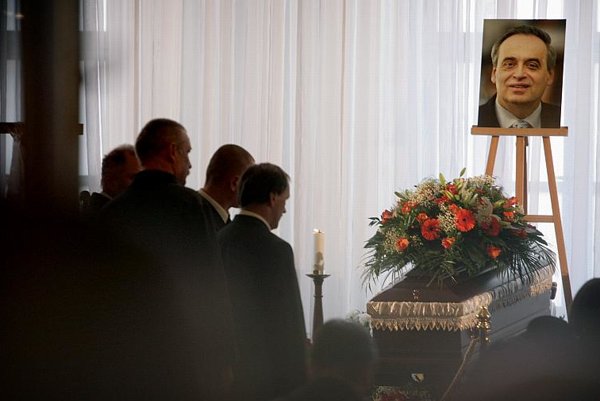 After seven years, the police have found the murderer of prominent lawyer Ernest Valko who was shot dead in his house in Limbach, near Bratislava, in November 2010. He was allegedly murdered by a thief identified as Jozef R., two sources from the criminal prosecution bodies confirmed for the Denník N daily.

The National Criminal Agency (NAKA) is preparing to lay charges against the man. He was reportedly accused by his accomplices who decided to testify against him. They are being prosecuted for other crimes.

The motive behind Valko’s murder was robbery, police confirmed on October 11, while also specifying some new findings in the case.

“Two suspects have been charged: one for murder, the other one for robbery,” General Prosecutor Jaromír Čižnár said, as quoted by the SITA newswire.

His deputy for criminal department, Peter Šufliarsky, specified that the defendant Jozef R., currently serving a prison sentence for other crimes, is facing charges of robbery, murder, home invasion and the unlawful possession of arms. He is also charged with another murder connected with this case: the police accuse him of killing his accomplice in criminal activities, Anton H.

The other defendant, Jaroslav K., who is in custody for an unrelated case, is facing the charge of robbery in the Valko case. 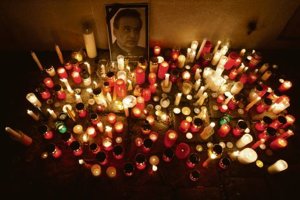 This accomplice is also considered a key witness by the police. Jaroslav K. asked ex-politician and current lawyer Daniel Lipšic to represent him, as he stated this on his Facebook account.

Lipšic decided to represent him after having consulted and agreed to this with Valko’s bereft relatives. He explained, as cited by the TASR newswire, that he did so in the hope that the murder can be investigated and the murderer punished.

The witness claims that in autumn 2010, the murderer agreed with his accomplice on robbing a house in the village of Limbach. The owner allegedly used to have a large amount of cash on him. After several weeks of staking out the house, they broke inside in early November, hoping to steal a lot of cash. The robbers applied gas from a pistol through the window frames, opening all the doors to the terrace. The robbers entered the house individually, through different entrances.

The witness claims to have heard a shot after Valko entered the house but he did not see the murder itself, which probably ensued from a confrontation between the murderer and the lawyer.

Lawyer’s friends have some doubts

Valko, who played a central role in framing several crucial post-communist laws which set the course for Czechoslovakia and then Slovakia after the Velvet Revolution and who was involved in several sensitive cases, died after receiving only one shot.

The possibility that the main motive for the murder was a robbery and that he died after surprising the thieves has already been mentioned by former Police Corps president Jaroslav Spišiak. At the time, several robberies had taken place in nearby villages. As he told the daily, the robbery has been the most probable reason for killing the lawyer all along. He also welcomed the fact that investigators have managed to solve the case.

Valko’s friend Ivan Trimaj, however, doubts both the motive and the culprits. Former presidents of the Constitutional Court, who are the fourth most powerful people in the country, are not killed for several thousands of euros, he opines.

“People in jail do not talk to help find the truth, but to improve their own situations,” Trimaj, who is also a lawyer and helped Valko found the Federal Constitutional Court, told the Denník N.

Another of Valko’s friend, lawyer Jozef Vozár, says there is always the possibility that the murder has been solved after such a long time.

“I want to believe this happened in Ernest Valko’s case, but I still have doubts,” he told the Denník N.