Slovakia will be absent from the World Cup

The development in other groups was not positive for Slovakia. 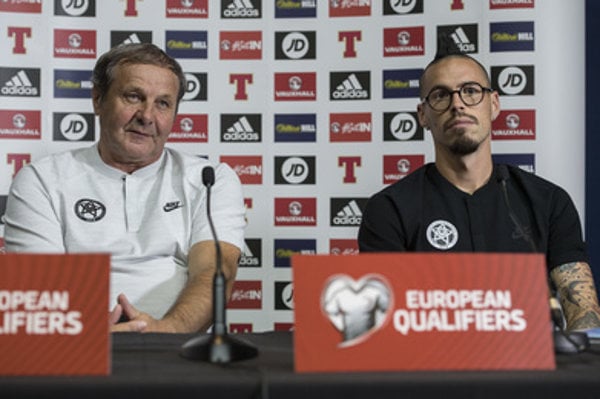 After a bad start in the qualification along with some victories, the Slovak football team was second in its group and had to wait for the results of the other groups’ matches. As these did not meet Slovak expectations and hopes, the national team will not play in the closer qualification and final round of the 2018 FIFA World Cup in Russia.

National coach Ján Kozák is disappointed. Slovak footballers were not helped by the October 9 and 10 results: neither a tie in the Ukraine-Croatia match (which ended 0:2), nor in Wales-Ireland (0:1), nor the defeat of Serbia by Georgia (which in fact beat the latter 1:0).

“I’m not that much disappointed by these matches, but rather by the fact that we failed to get one more point,” the experienced Slovak coach told the public TV channel RTVS. 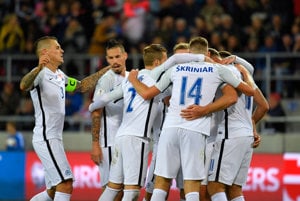 Read also: Slovaks may proceed to the World Cup in football but not necessarily Read more

The Slovaks were closest winning this point at the start of October in Glasgow, where they ultimately lost to the Scottish team 0:1. The played without Róbert Mak, who was sent off by the referee.

“I’m sure we could have tied, or even won, had he not been sent off,” Kozák said, as quoted by the TASR newswire. “We played over 70 minutes with 10 footballers, and we lost by a goal in the last minutes. I’m disappointed, as the effort and quality of the Slovak team were so good they deserved to proceed to the play-off.”

The referee and his impact

Kozák’s players won over Malta but in the other matches they were less lucky.

The Scottish match was overseen by referee Milorad Mažič from Serbia, who had already sent off Slovak Martin Škrtel in the Slovak home match against England (0:1).

“I deem it an unfortunate decision of the committee to nominate for this match the referee who had already had one troublesome match with this group,” Kozák opined, as quoted by TASR. “I’m not saying he was the reason behind the result, I’d never dare say this. But it had some impact on us not playing in the play-off.”

However, the Slovak team suffered the consequences of a bad start in the qualification when they lost at home against England and in Ljubljana against Slovenians.

“After the last successful European Championship, various scandals occurred which were more in the foreground than the football itself,” the national coach added, as quoted by TASR. “This is also one of the reasons the players did not concentrate on the match as much as they should have. They gave it their all but their heads were on something else. Football is also about details; and we failed the first two matches.”