Babiš case will be reviewed

The Constitutional Court returns the years-long dispute between the Nation’s Memory Institute and Czech Finance Minister Andrej Babiš to the regional court. 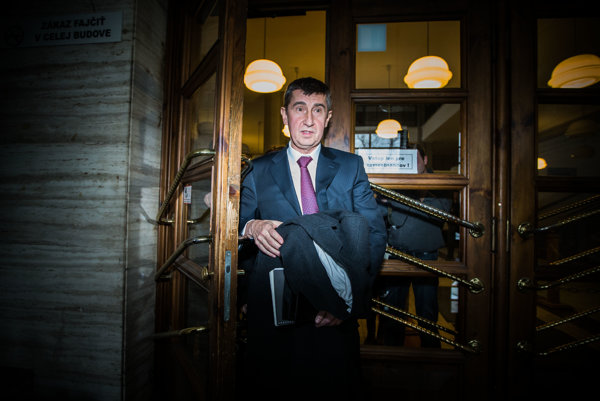 The Bratislava Regional Court and the Supreme Court did not issue a fair ruling when they supported Czech Finance Minister of Slovak origin Andrej Babiš in the dispute over his alleged cooperation with the communist-era secret police ŠtB.

The entire case will now return to the regional court, the Constitutional Court’s senate composed of Ladislav Orosz, Lajos Mészáros and Ľudmila Gajdošíková decided on October 12.

Babiš has been disputing the issue with the Nation’s Memory Institute (ÚPN) for years. ÚPN insists on its claim that the politician knowingly cooperated with ŠtB, thus his listing as an agent is justifiable, the Sme daily reported.

ÚPN turned to the Constitutional Court in the beginning of this year, after the Supreme Court turned down its special appeal suspiciously quickly and in a non-standard manner. Several lawyers addressed by Sme at the time were critical of the court’s actions.

The court, for example, accepted the testimonies of former ŠtB agents without them being exempted from the pledge of confidentiality. All of them testified in Babiš’s favour.

After the ÚPN pointed to this problem, the Supreme Court only asked the Interior Ministry for additional exemption from the pledge and confirmed the previous rulings issued by the district and regional courts in Babiš’s favour, Sme wrote.

The Constitutional Court, however, admitted in its ruling that the ÚPN’s right for court protection and fair trail were violated.