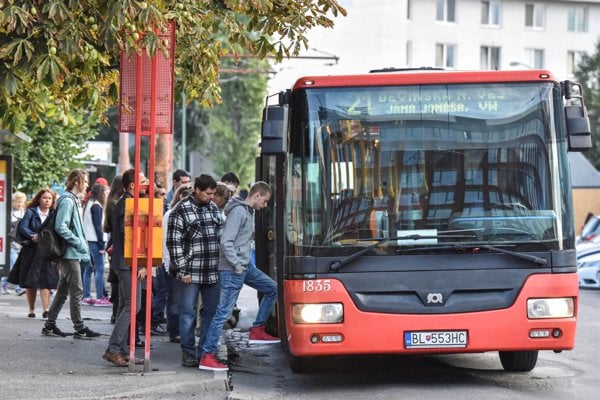 Citizens and visitors of Bratislava can look forward to travelling in electric buses. The Bratislava Transport company (DPB) will acquire a total of 18 electric buses for €9.5 million from EU funds and the state budget by the end of this year. It will deploy them gradually, but not later than next June.

The electric buses will be another step to making the capital more ecological.

“Money is already approved and the buses will be purchased,” said Bratislava Mayor Ivo Nesrovnal. “We are following the path of modern European metropoles.”

DPB will procure a total of 16, 12-metre-long buses and two mini nine-metre electric buses. All will be low-floor, air conditioned and equipped with modern technologies including wi-fi.

DPB general director Milan Urban specified that the electric buses will replace the diesel ones. This will decrease emissions as well as noise in the streets. Operation of these buses will also be cheaper.

“From the viewpoint of operations, it is advantageous that these buses are suitable for the hilly terrain that makes up part of Bratislava,” said Urban as cited by the TASR newswire.