The wizard sport, fighting for its status in the real sports world, has won the hearts of some Slovaks. 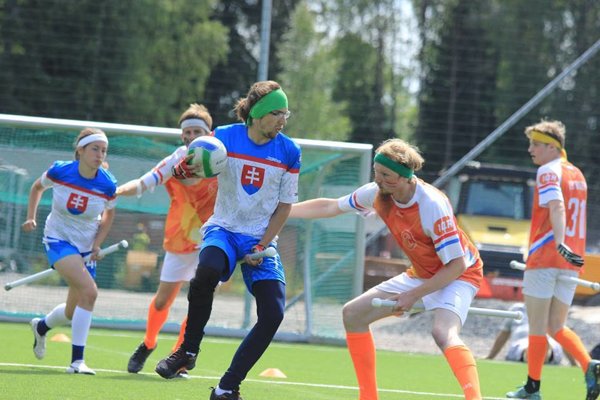 When the head referee shouts “Brooms Up!”, six players on each team mount their brooms and begin to play.

Since the Harry Potter novels, quidditch - involving players flying on broomsticks - has enchanted non-wizards, or Muggles, as J.K. Rowling called them in her stories, on all continents, leading to the birth of “Muggle Quidditch”.

The game starts with two teams comprised of six players, playing with four balls, running with a broom in one hand. Three chasers throw the quaffle (a slightly deflated volleyball) into one of the three hoops, two beaters disrupting rivals with three bludgers (slightly deflated dodgeballs), and the keeper guarding the hoops.

The seventh player, called the seeker, later joins the game with the goal of catching a snitch, the fifth ball, to end the game.

“One of the biggest difficulties we encounter when sharing the sport with new audiences is divorcing what people have in their heads as quidditch, from our idea of the sport,” Armand Cosseron from the International Quidditch Association (SQA) told The Slovak Spectator. 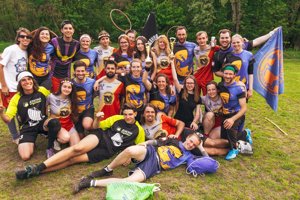 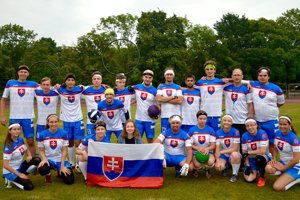 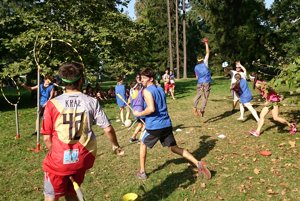 Since its emergence, quidditch has become the only full-contact, gender-mixed sport, including “the four maximum gender rule” in the game and welcoming people of all identities and genders.

Slovakia has also joined a growing quidditch community with its two clubs along with the national quidditch team.