A cross-border bridge connecting these two countries over the Danube River – through the towns of Komárno and Komárom – will fill the gap and insufficient capacity. 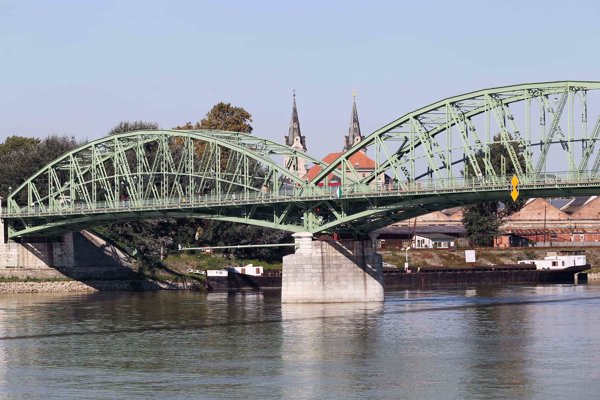 Slovak Prime Minister Robert Fico and his Hungarian counterpart Viktor Orbán ceremonially launched on October 17the construction of a cross-border bridge between Slovakia and Hungary over the Danube River, set to link the towns of Komárom on the Hungarian side and Komárno (in Nitra Region, in the southwestern part of the country) in Slovakia.

Komárno and Komárom used to form a single town on both banks of the Danube River in the Kingdom of Hungary. Following the First World War and the Treaty of Trianon, the border of the newly created Czechoslovakia cut the town in half. 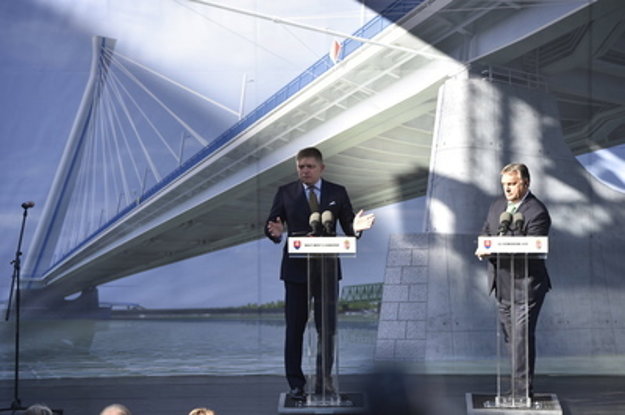 L-R: Slovak and Hungarian PMs, Robert Fico and Viktor Orbán, at the launch of construciton of Komárno-Komárom bridge. (Source: TASR)

There is currently only one road bridge, Elisabeth Bridge, connecting the two cities, the TASR newswire wrote. When the new 600-metre bridge across the Danube is completed, heavy lorries will be able to cross it, meaning that they will no longer have to pass through the centres of the two towns. The construction work on the bridge, which is being co-funded by EU funds, is expected to be completed by the end of 2019.

“It’s rarely seen in politics that when you shake hands, the deal is really valid,” Fico said in reference to the excellent state of Slovak-Hungarian bilateral relations, as quoted by TASR. “We meet politicians who shake hands but claim something else the following day.”

The Slovak PM also thanked the Hungarian side for keeping his promises vis-a-vis Slovakia.

On his side, Orbán stated that this event is a good example of the fact that the Danube does not have to separate Hungarians and Slovaks, but instead unite their two countries.

“Let the new bridge be a symbol of the defence of Europe’s external borders and keeping internal borders open, the Hungarian PM said.

“Let this be the proof that Slovaks and Hungarians, we, the citizens of Europe, believe in a Europe in which the borders are passable,” added Orbán, as quoted by TASR.

The overall costs of the project exceeds €117 million, while the EU funding covers 85 percent of the cost. Slovakia will provide €8 million, the Pravda daily wrote.