The facelift of the underpass crossing should be completed by summer. Fate of nearby Istropolis still not known 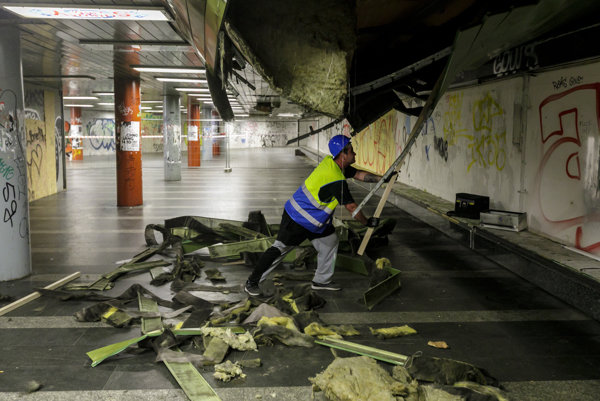 A thorough refurbishment of the Trnavské Mýto pedestrian underpass, a dilapidated but significant public transport hub in Bratislava, was finally launched on Monday, October 16. The work is projected to last nine months or until mid July 2018. They will be divided into phases so people can use the underpass during the reconstruction. The Immocap Group will refurbish the underpass. It will invest €2.5 million while the Bratislava city council will provide €1.2 million for the purchase and installation of new escalators and lifts.

“Bratislava will acquire an underpass with a new 21th century design, architecture and services,” said Bratislava Mayor Ivo Nesrovnal when announcing the launch of the construction work. About 30,000 people cross the underpass daily. 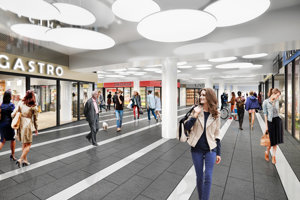 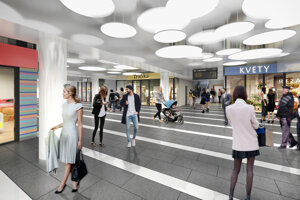 Last year Bratislava councillors chose the Immocap Group, which built the nearby Central shopping mall, as the future tenant of the underpass crossing. Part of the deal is its complete reconstruction.

Based on the rental contract signed last November, the Immocap Group has rented Trnavské Mýto for 15 years with a five-year option for one euro annually. The condition is that it should invest at least €1.01 million ex VAT into its refurbishment.

During the reconstruction all seven entrances to the underpass will be renewed. Old escalators will be replaced by new ones and there lifts will be built for the underpass to be barrier-free for people in wheel-chairs as well as people with prams.