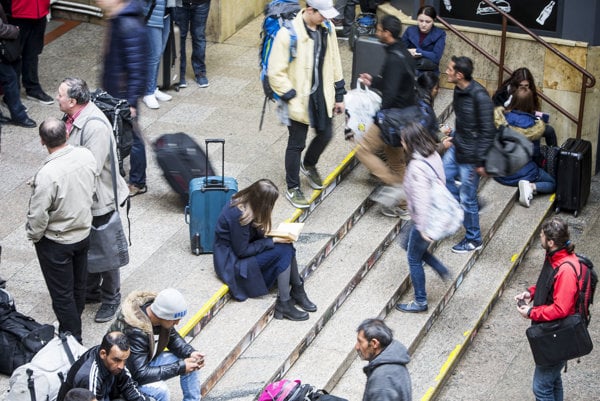 The worn-out main railway station in Bratislava has been waiting for a revamp for more than 17 years. The developer planned an extensive project for its refurbishment, which included a shopping centre, offices and an underground tram line and more, but had actually done nothing by the deadline at the end of 2016. Their subsequent failure to withdraw from the project and the related rental contracts resulted in legal action and a hiatus in the refurbishment.

Since the complete rebuilding of the station is off the table for now, the station’s operator Železnice Slovenskej Republiky (ŽSR) is making some improvements. The first small reconstruction started earlier in July.

Under this facelift with a price tag of more than €1.768 million including VAT, the Metri company will re-build a former staff underpass and create access for immobile passengers, parents with prams and passengers with large luggage to all the platforms at the station. Each platform will get a modern, barrier-free, glass lift. Part of this reconstruction project is also the renewal of the camera system as well as lighting at the station. The construction work has not started yet. 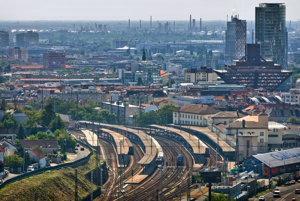 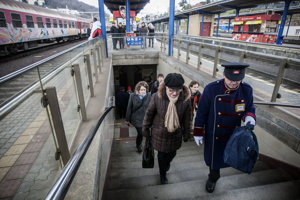 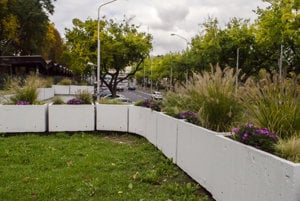 “Everything will be completed by the end of 2017,” promises Martina Pavliková, ŽSR spokesperson.

Afterwards the state-run rail operator will rebuild a former restaurant at the station into a waiting room. The current one is located upstairs in the station’s extension from 1989. The main building of the station was built in 1871.

The Bratislava city council, as the owner of the land in front of the station, has replaced the escalators to the trams, repaired the pergolas above the footpath to the station, painted the retaining wall and other. Between 2015 and 2016 the council invested a total of €450,000 into this place while this year it has allocated another €100,000 for this purpose.

The current face-lift project has nothing in common with the long planned complete re-construction of the main railway station and the nearby square to be carried out by the Transprojekt company.

Originally Transprojekt, after an international tender in 2001, was to revamp the station and the nearby premises for €175 million by 2016. To do so Transprojekt signed agreements with ŽSR and Bratislava city council, in 2006 and 2010, respectively. The project did not materialise and the city council and Transprojekt accuse each other for its failure.

In late 2016 the Bratislava councillors refused to extend the contract with Transprojekt and let it expire from the beginning of 2017. Transprojekt did not agree and took the case to the court.

“The legal dispute is still ongoing,” said Marek Papajčík from the press department of the Bratislava city council.