Pianist Fero Király, either alone or as a member of Cluster Ensemble, brings Glass minimal music to Slovakia 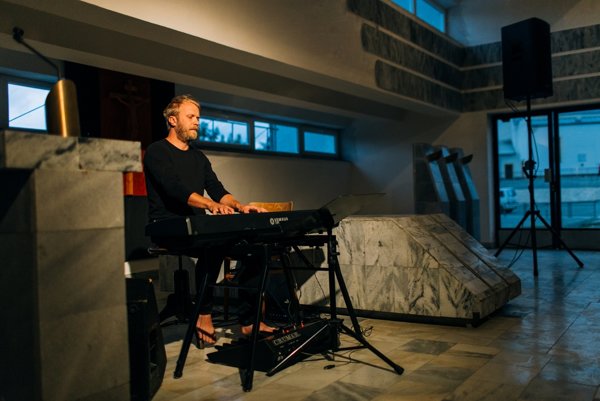 IT WAS one of the peak events of the Convergence chamber music festival in 2014. That September evening, the hypnotic music by American composer Philip Glass played by Slovak pianist Fero Király and intensified by Ján Šicko’s laser projection filled the sold-out St Martin Cathedral in Bratislava. Király played his two early works, Mad Rush and Two Pages, leaving the audience mesmerised by their insistent sound patterns.

In the next years Király “infected” the Cluster Ensemble he co-leads with Ivan Šiller with Glass’ minimalism. They inserted key pieces Glass composed during his hardcore minimal music period into their repertoire and the composer himself acknowledged their performance of his music.

“If the younger generations can play it like this – I have nothing to worry about,” said Philip Glass in Košice in 2015, attending the concert at which the Cluster Ensemble played his iconic work Music with Changing Parts.

Glass liked the way they played his music so much that he offered them cooperation on producing a triple CD on which they were already working, with his own label. Cluster Ensemble released the triple CD with five core works from Glass’ great-leap-forward period in 2016, receiving praise from prominent music reviewers. 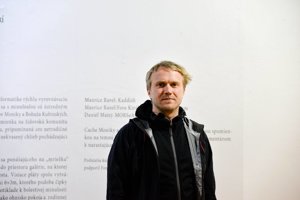 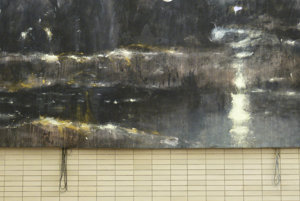 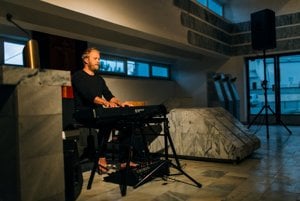 “It was the state of mind a player has when performing Glass’ minimal music that appealed to me,” Király told The Slovak Spectator when explaining why he started to play Glass’ early works. “This music keeps flowing and you have to get into a kind of inner peace as if everything around you stops existing and you are only carrying out the composer’s instructions.”

Király first came across Philip Glass when studying at the conservatoire in Košice and then at the Academy of Performing Arts (VŠMU) in Bratislava. At that time Glass was only one of the composers whose works he played and listened to. But he knew only his later, film period. He discovered his older compositions later.

“The first piece I found was Music in Contrary Motion,” said Király. “The music pattern looks to be the same at first sight; as if nothing dramatic happens. The music just flows and flows until the very end.”

Then, with the help of the internet, he uncovered the rest of Glass’ minimal music period from 1967 until 1974. He began to think of how and on what instruments to play these pieces.