The hydropower plant on the Danube remains controversial 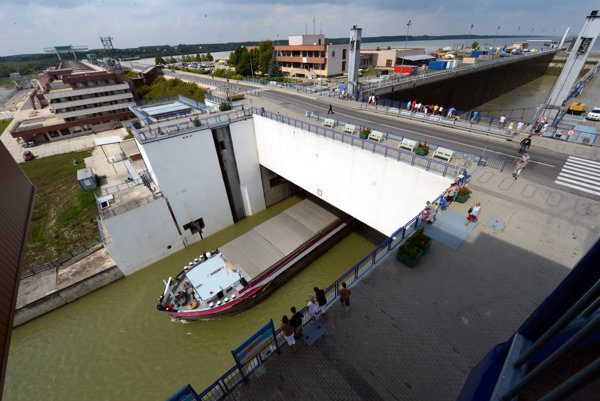 Twenty-five years ago Slovakia unilaterally dammed the Danube River and directed part of its water into a man-made channel and down into turbines of the hydropower plant in Gabčíkovo. Damming the river was the last construction phase of Slovakia’s part of the communist-era Slovak-Hungarian twin-dam project Gabčíkovo-Nagymaros.

After a quarter century of operation the power plant remains controversial. While the government praises its benefits in the form of green energy generation as well as better anti-flood protection and navigability of the river, environmentalists point to its impact on the Danube’s eco-system.

“The Gabčíkovo plant has been glorified as our family silver,” writes environmentalist Mikuláš Huba on the occasion of the anniversary. “Is it really so rosy as it is interpreted?”

He perceives the Gabčíkovo project to be a legacy of the industrial era from the second half of the 20th century, when there was glorified heavy engineering, steel and cement to the detriment of the opinions of nature scientists and the green infrastructure preferred in the developed world.

”But the Gabčíkovo plant is not a problem itself only as it is simultaneously a precedence,” opines Huba. “The glorifying campaign, which has been raised around it again in these last weeks, wants to make passable also other, so-far unimplemented, large water projects in Slovakia.”

To mark the anniversary of the damming from October 24, 1992, the Robert Fico government held a special session at the hydropower plant.

“Its operation so far has confirmed its quality,” the material on Gabčíkovo acknowledged by the cabinet reads.

Apart from the higher clogging of the Hrušovská Zdrž dam with sediments, none of the negative predictions made by the project’s opponents have been confirmed. Neither the environment, nor the Žitný Ostrov area southeast of Bratislava, which is Europe’s largest river island and the country’s largest reservoir of potable water, have been threatened, read the material.

The government’s material praised benefits as better anti-flood protection, the creation of a water way with the depth of 3.5 metres at least or the possibility of generating ecologically clean energy.

“The erosion of the Danube River’s bed halted, the better part of the left-side system of Danube’s branches addressed, the life conditions of water and forest animals significantly improved, the capacity of underground water reserves has increased, the possibility of year-round usage of the river port in Bratislava improved, ideal conditions for the development of water sports, tourism and recreation were created as well as place for lovers of art and culture,” reads the material.

The Gabčíkovo hydroelectric plant, with an installed capacity of 720 MW, generates about 7-10 percent of the annual electricity consumption of Slovakia. Between October 1992 and December 2016 it generated more than 54 million MWh of electricity.

The informal group of the S-O-S environmentalists, of which Huba is also a member, does not agree with glorifying the Gabčíkovo hydroelectric plant. They sent Environment Minister László Sólymos their stance on unfulfilled promises, the negative impacts of the plant as well as the current challenges the plant poses to its future operation.

S-O-S says that in the construction of the Gabčíkovo project that dozens of square kilometres of quality arable land were flooded as well as the Cormorant Island nature reserve and that the dam disrupted the infiltration and self-purifying ability of the river. The biodiversity was reduced.

The group states that the clogging of the Hrušovská Zdrž dam means a challenge for the future. The group estimates that due to sediments the volume of the dam has almost halved. Sedimentation increases the river bed and thus reduces the project’s anti-flood benefits and makes the river less navigable. Sediments also mean a threat to the quality of drinking water resources since they mean a physical as well as chemical barrier preventing the infiltration of water from the river down into underground water.

Parts of the Gabčíkovo project

The Gabčíkovo hydropower plant is the Slovak part of a failed communist-era Slovak-Hungarian twin-dam project on the Danube. It was hoped that the two dams, a project launched in 1977, would work together to provide electrical power, limit flooding and improve the navigability of the Danube River.

On October 24, 1992, Július Binder, the then director of the state company Vodohospodárska Výstavba constructing the Gabčíkovo hydropower plant ordered the damming of the Danube at Čunovo village. Originally the Danube should have been dammed near Dunakiliti village in Hungary. This process lasted four days, after which water started flowing down to the turbines in Gabčíkovo.

This change means that it is less profitable since peak electricity is more expensive as base load electricity.

The unilateral decision to dam the river and put the power station into operation led to protests from the Hungarian side.

Hungary terminated the agreement in 1992 against the will of Slovak officials and in 1993 the case was brought to the International Court of Justice in The Hague. It ruled in 1997 that both sides had breached the contract and that the contract was still valid. The discussion between Slovakia and Hungary on the implementation of the verdict still continues.

Based on valid contracts the Gabčíkovo hydropower plant should have remained state property and was excluded from the assets of Slovenské Elektrárne (SE) allocated for privatisation. When Enel acquired 66 percent of SE assets in 2006, it also signed a 30-year contract to operate Gabčíkovo. This meant that the plant remained state property, but was operated by SE – which also sold the electricity generated by it.

After 25 years in operation the Gabčíkovo hydropower plant needs repairs and modernisation, whose costs are estimated at more than €144.5 million.

“The Gabčíkovo hydropower plant is set to undergo a major modernisation processes, namely general repairs and the reconstruction of the hydroelectric power plant, including the repair of the turbines as well as the innovation and modernisation of the lock chambers at the Gabčíkovo plant,” said Environment Minister Sólymos, adding that 85 percent of the repairs will be co-financed by EU funds.

Its owner and operator, Vodohospodárska Výstavba, has already promulgated an international tender for the contractor to carry out the general overhaul of eight turbogenerators belonging to the power plant. 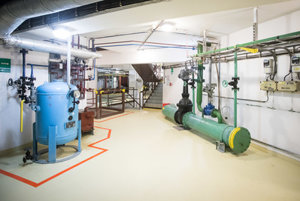 The tender will last until the end of November. The general overhaul of the turbines is expected to cost around €71 million.