The Bratislava Region stays faithful to the right. 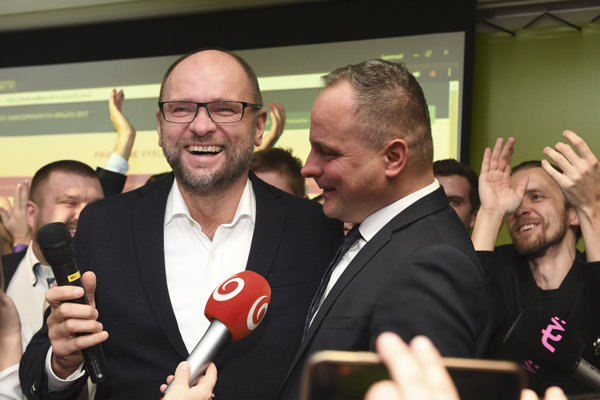 The regional elections resulted in some surprises in the Bratislava Region. Despite the pre-election polls that indicated a close fight between the independent candidates, the race was won by a nominee for the right-wing coalition. The results, though still unofficial, confirm that the smallest region in Slovakia stays faithful to the right.

Moreover, the results suggest that the governor of the Bratislava Region will change after eight years. Pavol Frešo, leader of the once strongest opposition party, the Slovak Democratic and Christian Union (SDKÚ) will be replaced by joint opposition candidate, Juraj Droba.

“I like to be an outsider,” Droba commented on his victory in an interview with the Sme daily. “I knew from the beginning that I would not stick out in the polls as the Droba brand is not as strong as the Frešo or Ftáčnik brands but I believed in a strong team, the right-wing coalition and hoped people would vote for me even if they don’t know me personally.”

Droba, who was only fourth in the October poll carried out by the Focus agency, won the race, harvesting 20.42 percent of the vote, as the unofficial results suggest.

At first, it was not clear who would win the Bratislava Region’s race, as the first preliminary results suggested independent candidate and current mayor of Bratislava’s Vajnory borough Ján Mrva was leading. He finished fourth with 15.97 percent of the vote, according to the unofficial results.

The race was initially led by Ftáčnik. It was not until one o’clock in the morning that Droba took the helm, with a gradually increasing lead.