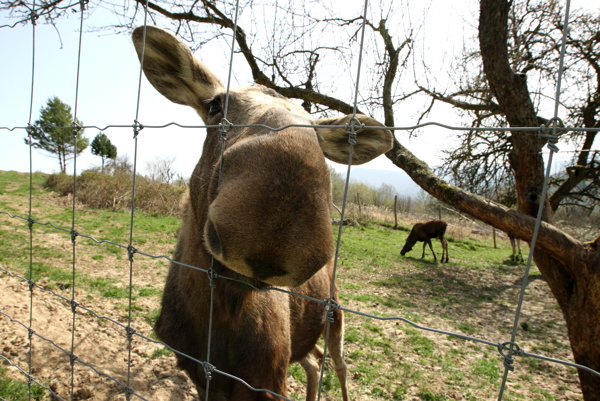 The project of returning elk to Slovak nature slowed down due to two unexpected events. First, elk ran away and then predators attacked, My Novohrad wrote.

The workers from the Research Institute for Animal Production Nitra and citizen association ŽITO in cooperation with the Norwegian deer centre Svanoya and Swedish sponsor Warmlands Moose Park Ekshärad decided to start the project Restitution of Eurasian elk in 2014, My Novohrad reported.

Eurasian elk used live in Slovakia and the project aimed to return the animals to Slovak nature. Currently, they live in a preserve in the cadastre of Látky village, My Novohrad stated.

Latvian elk Merg and Swedish elk Embla lived in area of the preserve for more than year. In May, they escaped after a flood that broke the fence. Researchers knew about their whereabouts thanks to special GPS collars, My Novohrad wrote.

The animals were doing well at first. The female Embla delivered her first baby animal in the wild, My Novohrad reported.

“Embla was in great condition at that time and it seemed that together with Merg, they were doing well in the wild,” said the head of ŽITO, Stanislav Bystriansky, as quoted by My Novohrad.

Embla showed herself to researchers two months ago, letting them take photos of her and stayed around for about half an hour. She was without her baby and her front leg was hurt. Then came the sad end.

“We found, thanks to the GPS signal, that Embla was not moving for a third day. She was killed by a bear,” said Bystrinasky as cited by My Novohrad. “It was a big loss because we take care of them and hope that after centuries when our ancestors killed all the elk during a time of famine, they will begin to be a part of our nature again.”

Researchers hope that Merg is doing well and that he will find one of the female elks that are coming to Slovakia from Poland, My Novohrad wrote.

“During the rutting season he walked over the whole Poľana area but couldn’t find a female elk,” said Bystriansky for My Novohrad. His trip also had unpleasant consequences as his legs were gnawed by wolves, My Novohrad stated. 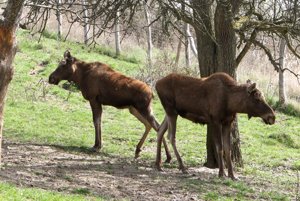 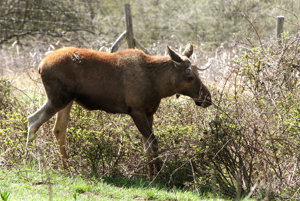 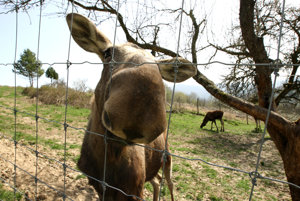 Researchers look after three male elk who still need a female. ŽITO has asked for compensation from the state, My Novohrad wrote.

“Damage made by predators comes to several thousand euros. A protected animal killed another animal protected in the same way,” said Bystriansky for My Novohrad, as he awaits more interest on the part of the authorities.

Researchers hope that authorities will approved their request as compensation would help them continue the unique project, My Novohrad reported.