The My Sme Les (We Are the Forest) initiative was signed by more than 25,000 people 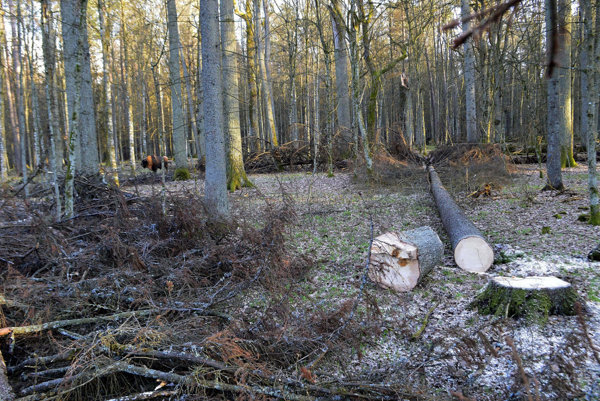 The mountain ranges Čergov, Poloniny, and Muránska Planina plane of the Low Tatras are just some of the forests where mass amounts of wood are logged. In the Low Tatras National Park, more than 70 square kilometres of woods have disappeared since 2004, the Sme daily wrote.

A group of environmental activists and protectionists, led by filmmakers Erik Baláž and Karol Kaliský, launched the internet initiative My Sme Les (We Are the Forest) on November 14. It was signed by more than 25,000 people in two days, and the number is still rapidly growing.

“I perceive it as a great success, as the main channel it is spread by is Facebook,” Baláž said, as quoted by Sme. “It depends on the communication between people, but it spread as an avalanche.”

“It will be partial success for us, if we get over 50,000,” Baláž added, as quoted by Sme. “I perceive it as a good means for a change, as a signal of public understanding.”

Baláž explains he does not want to make it a political agenda; rather his goal is to create a community that cares about forests.